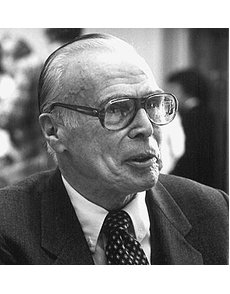 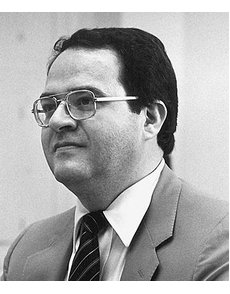 Two headlines dominated the cover of the May 20, 1981, issue of Coin World. Both had to do with new commemorative coins. One was on the collecting community’s radar screen. One was not.

The story on the minds of most collectors had to do with resuming the striking of U.S. commemorative coins after more than a quarter century of absence. The banner headline at the top of page 1 announced: “Subcommittee unanimously approves Washington commemorative coin.” The subcommittee vote was the much-hoped-for first step.

Few had predicted such dramatic and swift action of the House Consumer Affairs and Coinage Subcommittee after testimony during a May 7, 1981, hearing on a proposal to honor the 250th anniversary of George Washington’s birth with a commemorative coin in 1982.

George D. Hatie, then president of the American Numismatic Association, and Anthony Swiatek, a commemorative specialist and author, had been invited to testify by Subcommittee Chairman Frank D. Annunzio, Democrat, of Illinois. Both Hatie and Swiatek had done their homework, and they tapped their professional training to deliver sound and persuasive testimony. Hatie was a lawyer. Swiatek, before becoming a professional numismatist, had been a classroom teacher. Both not only backed the Washington commemorative proposal but also built a powerful case for the resumption of commemorative coinage.

As customary at congressional hearings, witnesses representing the sitting administration are accorded the honor of testifying first. Thus, the lead witness was the new treasurer of the United States, Angela “Bay” Buchanan.

Prior to Buchanan taking the witness chair, no one knew what position the Reagan administration’s Treasury Department would take.

Members of the numismatic community sitting in the audience assumed Buchanan would espouse the opposition Treasury Department officials had stated for more than 25 years and cite abuses in the early commemorative coin programs. Hobbyists were prepared for a long, uphill battle. However, they were encouraged that key members of Congress had suddenly begun to take interest in the idea of a new commemorative coin.

As Buchanan began to speak, hearts began to pound.

“While the Department of the Treasury has a history of objecting to the issuance of commemorative coins for the benefit of private sponsors and organizations, it has not objected to special coinage authorized by Congress for the government’s own account.” She cited as examples the Eisenhower silver-copper clad dollar in 1970 and the American Revolution Bicentennial silver-copper clad set approved in 1973.

Then the historic statement: “The Treasury Department believes that the 250th anniversary of the birth of the ‘father of our country’ is an occasion which justifies the issuance of a special non-circulating commemorative coin,” Buchanan said.

Hearing the Treasury Department’s support, Swiatek recalled recently, “We knew it was a done deal!”

But both Swiatek and Hatie calmly and professionally delivered their prepared testimony and happily witnessed the unanimous subcommittee vote.

Next month: The off-radar headline.