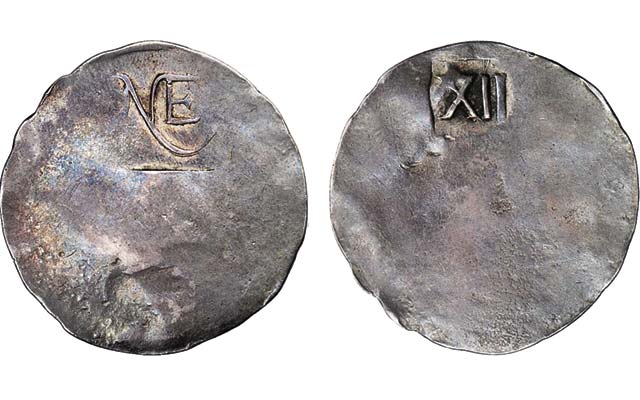 This 1652 New England shilling from the Henry P. Kendall Foundation Collection auction was one of 13 NE shillings offered since May 2014, part of an unheard-of wave of Massachusetts silver collections hitting the market.

From the May 2014 sale of Eric Newman’s Massachusetts silver coins until this March, more than 250 pieces of Massachusetts silver, mostly high quality, have found new homes. As expected, this glut of new supply in the market caused a dip in some prices, but these coins will be digested and the market will plod along as before. The notoriety from these collections, including a good deal of non-numismatic press coverage, can only increase collector interest and demand in the long run.

Just as they did after the 2002 Hain Family Collection auction and the 2005 John J. Ford Jr. Collection sale, dealer inventories have become plump with more nice Massachusetts silver coins available for purchase than would appear at auction over the course of several normal years. A year or so after both the Hain and Ford auctions, dealer inventories returned to their normal levels.

With the Colonial coin rarities of Newman and the Kendall Foundation now tapped, the Colonial coin market looks forward expectantly to the sales of the Eric Newman Collection of Colonial paper money and further offerings of material from Donald Partrick. Many of the great rarities from Partrick have already sold, though some lower grade duplicates, in series like the Lord Baltimore and John Chalmers issues, remain to be auctioned.

While the schedule of future Partrick offerings hasn’t been announced, collectors should look forward to plentiful state coppers, a specialty that was not well represented in the Kendall Foundation sale.

It’s a fascinating time to collect pre-Federal coins. There has perhaps never been so much high quality material offered into the marketplace in such a short interval. For those who can afford to acquire top notch material, this is the ultimate buyer’s market.

Prices are not only lower than they have been on notable rarities, but dealers are willing to work with small margins knowing more auctions are on the way. Beyond the marquee pieces, each of the three major collections sold in the last year has included pieces that have sold for just a few hundred dollars (or less), enabling nearly every collector to indulge in pieces from these famous collections.