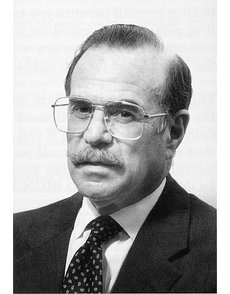 Colonial numismatics specialist Joseph R. Lasser, whose generous contributions of coins, paper money and funding to the numismatic department of the Colonial Williamsburg Foundation helped that institution build a significant collection, died Jan. 17 at the age of 87.

Mr. Lasser, of White Plains, N.Y., was born Sept. 25, 1923. He was a longtime numismatist specializing in British and Spanish colonial numismatics in the Americas, often publishing in various journals and presenting papers about his areas of interest at various educational seminars and forums.

He served in the U.S. Army Air Corps, 9th Air Force, during World War II, stationed in England, France and Belgium. Mr. Lasser flew 41 missions over Europe as a navigator/bombardier during the war. He returned home in 1945 and entered Lehigh University in Bethlehem, Pa., where he graduated with a degree in business administration.

Mr. Lasser became an investment manager in 1947, a career he pursued until shortly before his death (he continued to go to the office three days a week until November 2010). Mr. Lasser suffered a stroke in June 2010 and had largely recovered from that illness until in November he experienced a second, devastating stroke, according to his son Jim.

Mr. Lasser became interested in coins at a young age when he took his first job for his father, who maintained a foreign currency exchange office for tourist ships docking in New York City. Mr. Lasser would take U.S. currency to the ships and return with foreign money in a brown paper bag, according to his son.

In addition to his interest in the foreign money he was seeing at the exchange office, he also took an interest in the U.S. commemorative coins of that era (the 1930s), including in the half dollar commemorating his hometown of New Rochelle.

According to the January 2006 auction catalog by Ponterio & Associates for his collection of Colombian cobs (a particular interest), his father had to join the American Numismatic Association because he was too young to join himself. Mr. Lasser became a member of the Westchester County Coin Club in New York at the age of 13.

Mr. Lasser’s interest in numismatics took second place to raising his family, which he started after World War II, but as his children grew older in the 1970s, he resumed his interest. In the years that followed, Mr. Lasser would become a widely admired figure in Colonial numismatics. Over the years he built a significant collection of early American coins and paper money, much of which he had donated over the years.

Mr. Lasser was widely acknowledged as a generous benefactor to the numismatic collection of the Colonial Williamsburg Foundation in Virginia, which preserves and operates the restored 18th-century Colonial capital of Virginia, where Colonial life is re-enacted daily. He and his family donated coins and paper money worth millions of dollars starting in 1994. The highlights are many.

In 1995, Mr. Lasser donated a collection of more than 970 pieces of American Colonial and Continental Currency notes to Colonial Williamsburg. The dates of the notes in the Lasser Collection range from 1708 through 1789.

Virtually all known signatures on Continental Currency are found on the notes in the Lasser donation. The donation included a number of one-of-a-kind examples of Colonial notes and others so rare they have never been available publicly.

In 2002, Mr. Lasser and his wife, Ruth, presented Colonial Williamsburg with what the foundation described as “a highly significant collection of 18 colonial American coins totaling more than $460,000 in appraised value.” Among the coins donated were “an exceptional denomination set of 17th-century Massachusetts silver, including a large and small planchet Pine Tree shilling, a Pine Tree six-pence, a Pine Tree three-pence and an Oak Tree two-pence.”

In 2004, the extended Lasser family donated an example of the rare 1792 Birch cent to the Colonial Williamsburg Foundation. Birch cents, struck in 1792 at the Philadelphia Mint, are the first copper patterns struck by the United States.

“With each gift to Colonial Williamsburg’s numismatic collection, the Lassers continue to fill voids and expand the parameters of our holdings,” Goldstein said of the 2004 contribution.

Over the years the Lassers have donated more than 2,700 coins, medals and paper money items. In addition they have loaned more than 500 other objects to the foundation.

In 2005, Colonial Williamsburg acquired one of only five verified specimens of the 1774 Virginia “pattern shilling,” funded in part by a donation from Joseph and Ruth Lasser.

Jim Lasser told Coin World Jan. 20 that the family would “absolutely” maintain the family tradition of donating to the foundation. He said his father had been working on the family’s next donation to Colonial Williamsburg up to the time of his death. He said he could not provide details of the future donation, other than to describe it as “spectacular.”

Both ANS papers were later published in the ANS’s proceedings of the 1988 and 1991 COAC.

In addition to the papers published in the ANS’s COAC proceedings, Mr. Lasser contributed articles to various publications, among them Coin World. In the Sept. 7, 1983, issue of Coin World, he wrote about Continental Currency.

Mr. Lasser and Jorge Emilio Restrepo released an English translation and revision of Macuquinas de Colombia, retitled The Cob Coinage of Colombia, in 2001.

Mr. Lasser received honors for his numismatic writing, winning the Heath Literary Award from the American Numismatic Association and a first-place literary award in 1977 from the Society of Paper Money Collectors.

Mr. Lasser and Goldstein shared second-place honors in the Catherine Sheehan Literary Award for U.S. Paper Money Studies for their article, “Worn, Torn & Soiled” published in the September 2008 issue of the American Numismatic Association’s The Numismatist, in which they described tattered and mended notes from America’s colonial era.

In 2010, the two authors also shared a Numismatic Literary Guild award for “Dutch Treat,” published in The Numismatist.

Mr. Lasser was preceded in death by his wife, who died in March 2010. He is survived by three children, son Jim and daughters Jean Lasser and Carol Lasser; 15 grandchildren; and three great grandchildren, the last of whom was born just a few days before Mr. Lasser’s death.