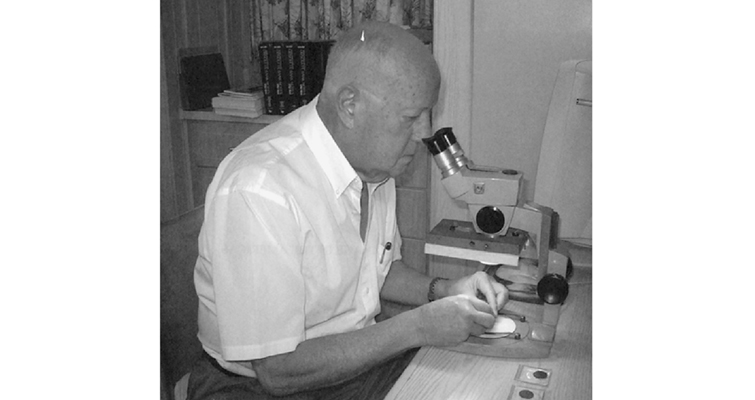 Collector, dealer and numismatic author Robert A. "Bob" Vlack who passed away Aug. 11 at the age of 88.

The following obituary was provided by collector Ray Williams on behalf of his friend and fellow collector, Robert A. "Bob" Vlack, who passed away Aug. 11 at the age of 88:

Bob was born and raised in the South Bronx, N.Y., during the Depression years. He moved to Connecticut, entered the military serving during WWII in the Army as a medic, entered college under the GI Bill and did his graduate studies at Northern University and MIT. Being the proverbial (and literal) rocket scientist, Bob used his engineering skills working in ground support for the Titan Missile program. Later he was employed as a Project Engineer for Western Electric.

At the age of 50, he retired from the 9:00 to 5:00 workforce and became a coin dealer. It was at this time that he served in the New Hampshire House of Representatives as a legislator.

Bob started collecting shortly after WWII and later decided to specialize in collecting and studying the coinage and paper money of our Colonial times. In the 1950s, he started doing serious numismatic research, and over several decades he constructed photographic plates of Colonial coin images, assisting the collector in identifying die varieties.

Several Colonial coin die varieties are known by the Vlack numbering system, including the coinage of Machin's Mill and St. Patrick Halfpence (among others). He wrote articles in various numismatic publications, including eighteen of them in the Colonial Newsletter.

His first book, Early American Coins, was published in 1965. In 2001 he published Early North American Advertising Notes, and in 2004 he published The French Billon Coinage in the Americas (a C4 publication). This book won the Fred Bowman Literary Award from the Canadian Numismatic Research Society in 2005. Bob also was involved in the editing and rewriting of many numismatic books we enjoy today. In 2007, the Colonial Coin Collectors Club awarded him its Lifetime Achievement Award.

On a personal note, Bob was always willing to help collectors, from the novice to the expert. On the bourse floor, his table was never empty — he was always to be found helping customers (with an inventory that had something for everyone), or assisting a researcher, or educating a collector. Bob always had a smile on his face and a welcoming demeanor.  His passion for numismatics was addictive. He will be missed by many and remembered through the ages for his numismatic contributions.