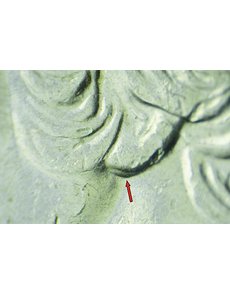 Marilyn Keeney submitted this 2002-D Louisiana State quarter dollar with doubling on the underside of the earlobe. 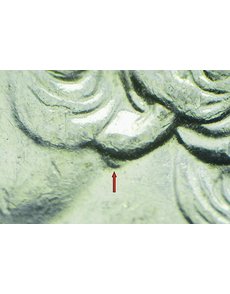 A similarly doubled earlobe was found on a 2002-D Tennessee quarter submitted by Edward Fletcher. 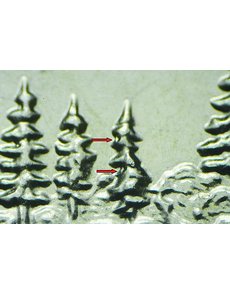 A Philadelphia Mint Minnesota quarter dollar from Jim Casey Jr. shows two small “extra branches” on the third tree to the right of the state outline. 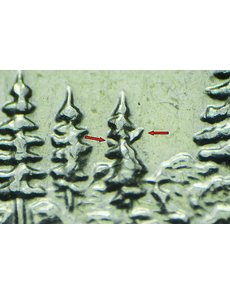 “Extra branches” are seen on both the left and right sides of the target tree on a 2005-D Minnesota quarter dollar submitted by John C. Manns.

To say that I can never foresee what will be coming my way from Coin World readers would be an understatement.

The first of these is a doubled die obverse on a 2002-D Louisiana quarter dollar submitted by Marilyn Keeney. Doubling shows on the underside of Washington’s earlobe. I have this one listed as 2002-D 25¢ LA WDDO-001.

When State quarter varieties were at the height of their popularity, I issued a challenge to see if a doubled earlobe variety could be found for each of the 50 states. To date, 17 states still await discoveries of one of these varieties.

Edward Fletcher, well known for his books on the Shield 5-cent coin die varieties, submitted a 2002-D Tennessee quarter dollar with a doubled earlobe. That one is now in my files as 2002-D 25¢ TN WDDO-001.

Jim Casey Jr.’s find on a Minnesota quarter dollar shows two “extra branches” on the left side of the target tree (the third complete tree to the right of the state outline). The coin is now in my files as 2005-P 25¢ MN WDDR-164.

John Wexler is a renowned numismatic researcher and author
on error coins and
die varieties.