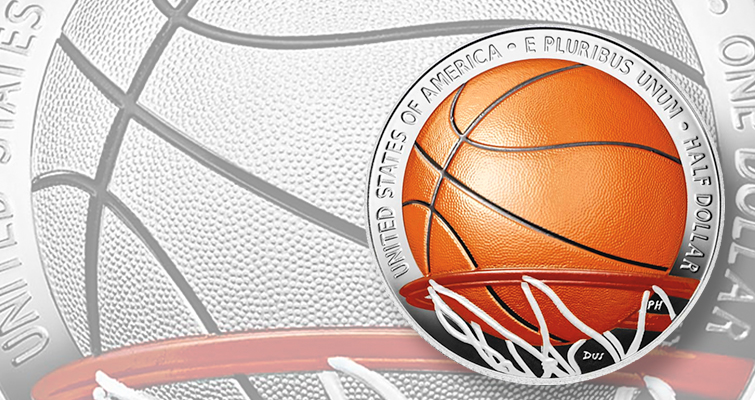 Images illustrate the contrast between the colorized reverse of this Proof 2020-S clad Basketball Hall of Fame half dollar and its non-colorized obverse. 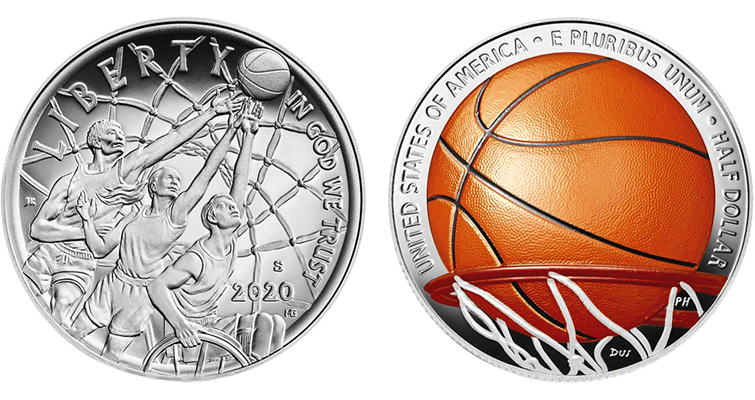 The Proof half dollar has more elements colorized than the Proof silver dollar does. 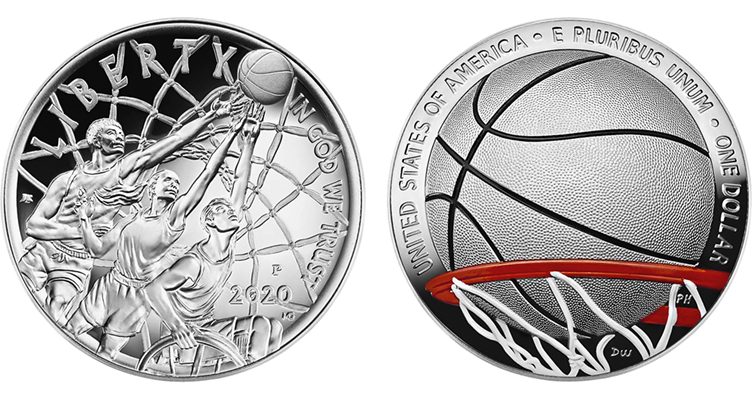 The colorized versions are being limited to 75,000 for each denomination, and a household-order limit of two coins per colorized option.

Colorization of 2020 Basketball Hall of Fame commemorative coins will be executed on the reverses only of the Proof 2020-P silver dollar and Proof 2020-S copper-nickel clad half dollar.

The United States Mint released images July 13 illustrating what elements of the coins’ common reverse design will be colorized, along with pricing and household-order limits. The limited-edition colorized coins go on sale at noon Eastern Time Aug. 28.

The colorized versions are being limited to 75,000 for each denomination, and a household-order limit of two coins per colorized option.

The Proof half dollar has more elements colorized than the Proof silver dollar does.

The copper-nickel clad half dollar reverse, according to the U.S. Mint’s narrative, “depicts an orange basketball with black channels about to pass through a white net and an orange rim. The basketball and the rim are presented in two distinct shades of the familiar orange hue associated with the sport and the Naismith Memorial Basketball Hall of Fame.”

The reverse of the colorized Proof silver dollar “depicts a basketball with black channels about to pass through a white net and a rim delineated in a familiar orange hue associated with the sport and the Naismith Memorial Basketball Hall of Fame.”

The basketball’s main surface is not colorized on the colorized Proof dollar reverse.

The colorization is being executed by a contracted vendor. The struck coins are being shipped to the firm after their striking, from the San Francisco Mint for the half dollar and from the Philadelphia Mint for the dollar.

U.S. Mint officials still have not disclosed the name of the vendor executing the colorization, the value and terms of the contract and details on how the colorization is applied.

The half dollar is limited to a maximum release of 750,000 coins across all product options and the dollar restricted to a release of no more than 400,000 coins.

The dollar is offered in Proof and Uncirculated versions as single coins, in addition to the colorized Proof coin. All of the silver dollars are being struck at the Philadelphia Mint.

The West Point Mint is also striking a maximum combined output of 50,000 coins in Proof and Uncirculated versions of the program’s gold $5 coin. The Proof $5 coin will be offered at $661.75 and the Uncirculated coin at $651.75. The price of the gold coins is subject to change with movement in the spot price of gold.

The common reverse design, a convex ball and hoop, was suggested in the authorizing legislation for the commemorative coin program. 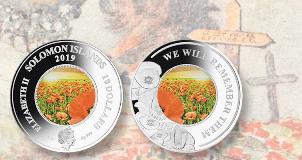 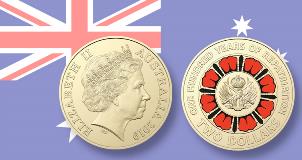