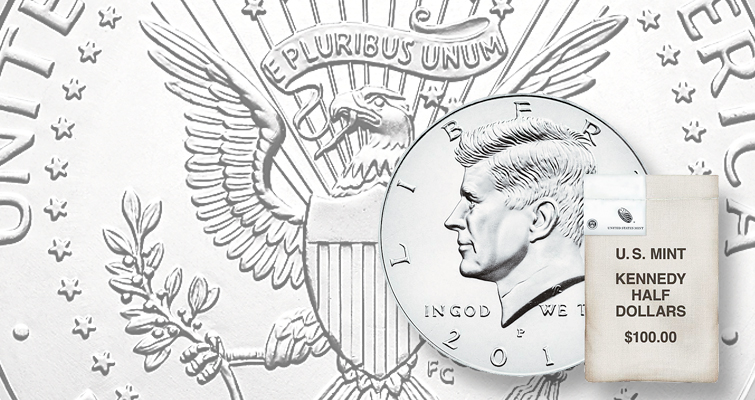 Kennedy half dollars, Native American dollars and Presidential dollars are offered by the U.S. Mint in circulation quality in various quantities, but no officially distributed into commerce.

During the last several years, the U.S. Mint has sold rolls of coins to collectors that are supposed to be available only from the Mint at a premium over face value.

The mintages for these coins are posted on the U.S. Mint’s website under circulating coin production. I have been tracking the Kennedy half dollars and the Native American dollars, which consistently show lower sales than the mintage.

As is clear from the above example there is a huge discrepancy in some sales versus mintages, which affects the aftermarket for these products.

Since the Mint sells these products to collectors at a premium and they are supposed to be available only by ordering from the Mint, I feel the Mint owes collectors an explanation.

Since I have been unable to get a response from the Mint, is there any way you can use your influence to get correct mintage figures for these products over several years?

According to the U.S. Mint, “The dollar and half dollar coins that are produced for rolls, bags or boxes that do not get sold are held in Mint inventory until they can be recycled and used to produce dollar coins in the future. The 5.6 million production figure for the 2014 Native American Denver $1 coins found on the Mint’s website was a clerical error and is being corrected. The correct number is 2.8 million.