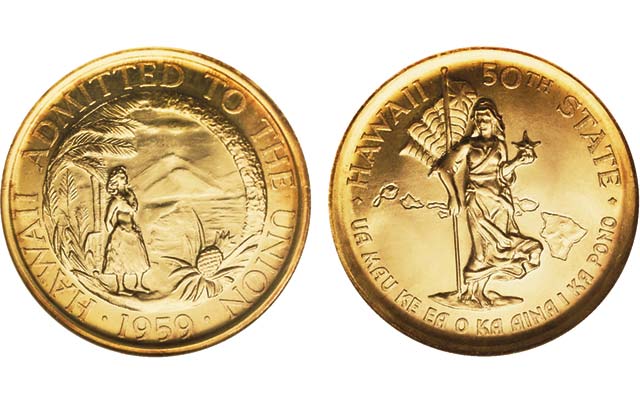 D.A. Smith is a collector and researcher from Moorseburg, Tenn., with an unbridled passion for the prolific medallic art portfolio of Cleveland collector and medalist Robert McNamara. He can be reached via email at smitty@heraldicartmedallions.com.

My interest in the late Robert McNamara of the Heraldic Art Medals Co. began in 2010 with the passing of my father. He was one of Robert’s original subscribers in the company’s Heraldic Art Medals mail-order program. When going through my father’s collection I found 61 of these medals, which I had never seen before.

They piqued my interest and so as a result it has been a four-and-a-half-year search for knowledge about Robert McNamara as well as an attempt to collect samples of all his works. It has been a very rewarding experience. The more I researched and learned, the more interested I became in both the man and his achievements. I just wish my father could see the collection I have assembled in his honor.

After I began my research my goal became that of both honoring my father’s memory and preserving the memory of McNamara and his work. When I started my quest there was very little information available anywhere, including the Internet, and I actually had no idea at the time of what I was getting into in my quest for a “complete collection” of Robert’s works or what that really meant. I found a lot of questions but no answers in the beginning of my search.

Over the last four and a half years, I have literally spent hundreds if not thousands of hours searching the internet, making trips to Cleveland, Ohio, where Robert lived, and searching for people who could share information about him.

In my travels, I attended many coin shows as I had hopes of acquiring medals that I didn’t yet have. I was fortunate to be able to meet people who knew Robert and his family personally, and learned a lot from those trips. As a result I wanted to share what I had learned with others and started my own website (www.heraldicartmedallions.com) to share that information for those who were also searching. I hope to update and add more information to that site in the very near future.

My time and efforts have paid off richly and I feel extremely lucky to have been able to assemble both the collection of medals that I have and the documents and library of articles and advertisements that I have.

Once I got interested in Heraldic Art Medals, I wanted to know as much about Robert McNamara and his works as possible. It’s a desire that still exists today as my search continues.

I will say that based on my research, Robert McNamara is definitely a person worthy of taking his place in the pages of numismatic history and of not only being remembered, but having his works of art preserved for future generations to be able to enjoy.