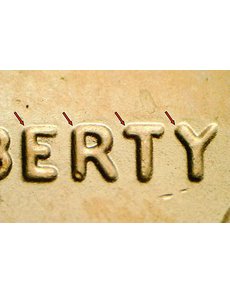 Doubling shows on the ERTY in LIBERTY on the first reported Lincoln cent doubled die for 2013 submitted by Tanaka Davis. 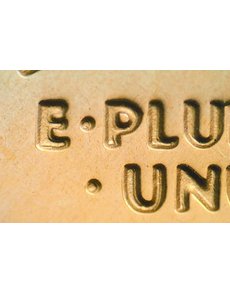 John Amato and Bob Gittis submitted this Proof 1969-S Lincoln cent that shows nice doubling to the letters of E PLURIBUS UNUM and the dots. 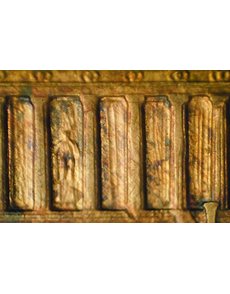 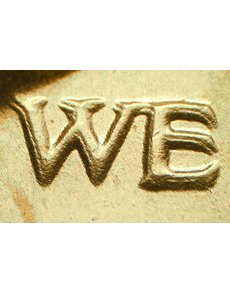 Bill Albright submitted this 1966 Kennedy half dollar that features strong doubling to the letters of IN GOD WE TRUST.

Every year I anticipate who will be the first to submit a doubled die with the date for the new year.

The winner for 2013 is Coin World reader Tanaka Davis. He submitted a 2013 Lincoln cent with an obverse doubled die.

Coin World readers John Amato and Bob Gittis jointly submitted a Proof 1969-S Lincoln cent with a nice doubled die reverse. A spread to the west shows on the letters of E PLURIBUS UNUM and the dots with the strongest spread on the upper left half of the reverse.

A spread toward the rim shows on the lower letters of UNITED STATES OF AMERICA and the upper letters of ONE CENT with the strongest spread showing on the T in CENT.

Proof Lincoln cent dies on average strike about 3,000 coins before being retired from use, so it is highly unlikely that more than 3,000 examples of this variety exist. I have it listed in my files as 1969-S 1¢ Pr WDDR-001.

Strong impressions of extra columns can be found in the fifth, sixth, seventh, eighth and ninth Lincoln Memorial bays. This is one of those “Where have you been hiding?” varieties. It is now listed as 2002-D 1¢ WDDR-003 in my files.

Rounding things out this month is a 1966 Kennedy half dollar from Coin World reader Bill Albright. It features strong doubling to the letters of IN GOD WE TRUST, the date, Kennedy’s profile and Kennedy’s ear.