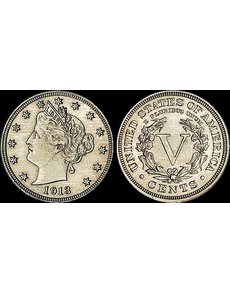 A story titled “The Coins that Make Big Money” that appeared in the Sept. 15 to 16 weekend edition of the Wall Street Journal tried to put a dollar value on the rare coin industry.

Although no sources are cited that were used to justify that number, the point was made clear — that the rare coin is not just a cute little hobby; rather, it is a substantial industry.

The article cited several names that are well-known to the rare coin market and noted the current separation between the top of the market — rare, six-figure coins — and the rest of the coin market.

Some big-money rarities like the 1804 Draped Bust silver dollar and the 1933 Saint-Gaudens gold $20 double eagle were mentioned. The allure of these types of coins was described as a mixture of rarity, beauty and interesting stories.

Heritage Auctions President Greg Rohan noted in the article that numismatic rarities have held their value and even increased in price in recent years because of the scarcity of buying opportunities. A collector who needs a rarity to complete a set may never get a chance to buy it again.

There seems to be smooth sailing at the top of the rare coin market.

Many coin collectors would balk at the concept of a $10,000 coin being called “ordinary” and one could consider coins at the $50 to $500 level to be at the heart of the rare coin market.

These may not be “The Coins that Make Big Money,” but they are the gateway coins that pique interest in rare coins and plant the seeds that lead to many bigger purchases. Buying opportunities for these types of coins are much more frequent than for rarities.