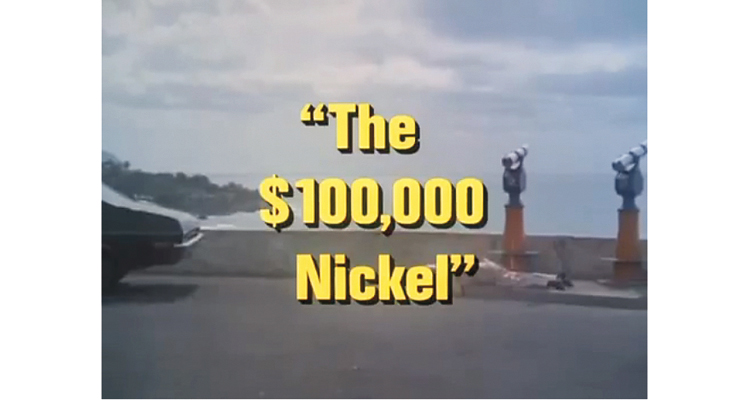 An Hawaii Five-0 episode titled “The $100,000 Nickel” is probably the most famous television show with a coin theme. Producers built the episode around the Olsen specimen of the 1913 Liberty Head 5-cent piece. 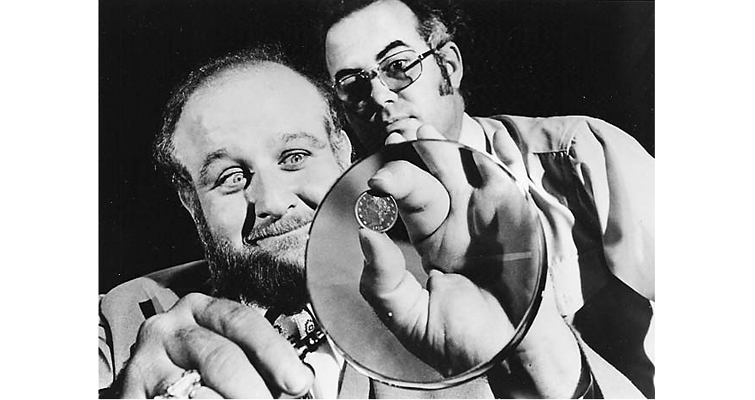 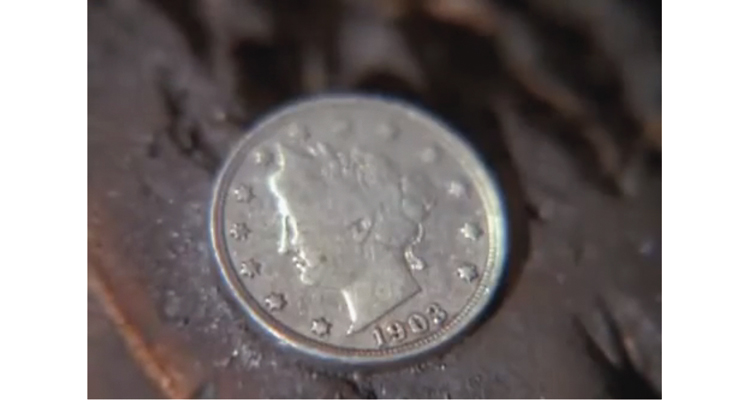 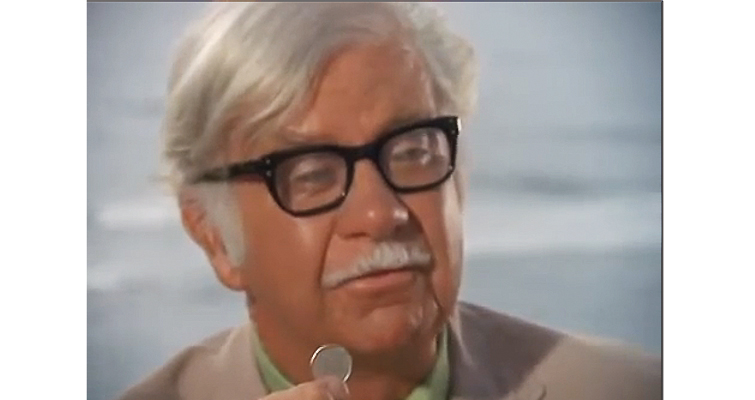 Forger Henry Andecker (Jack Morris) holds the fake coin (which looks like a blank planchet in this photo) before he is killed. 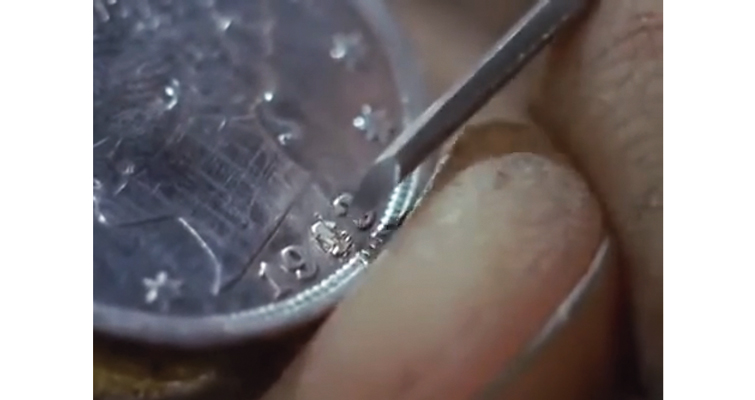 Forger Henry Andecker (Jack Morris) chisels off the 0 in the date of a 1903 Liberty Head 5-cent piece. 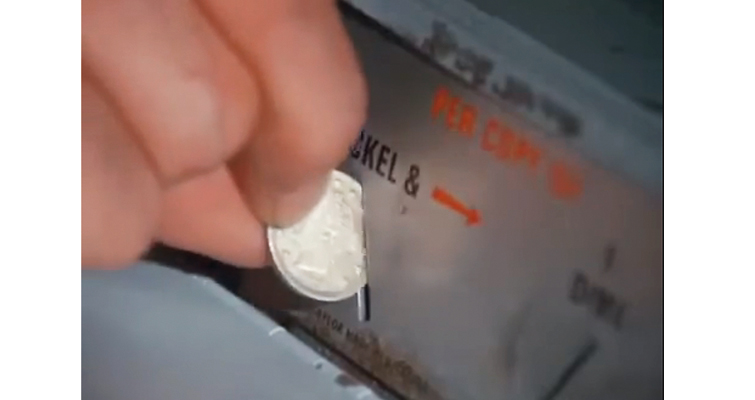 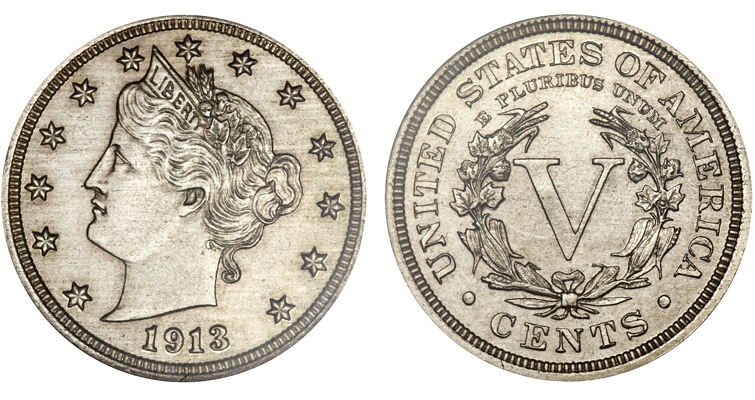 Forty years after it became a television star, the Olsen specimen of the 1913 Liberty Head 5-cent piece can still turn heads. It sold for $3.3 million at auction in 2014.

This is the fifthin a series of articles from Gerald Tebben's cover feature about coins starring in television programs, published in the March 2016 issue of Coin World Monthly. This article is about an episode of Hawaii Five-0 airing Dec. 11, 1973.

The episode opens with forger Henry Andecker (Jack Morris) altering a 1903 coin to look like a 1913 example. The forger takes a torch to a well-worn 1903 Liberty Head 5-cent piece, applies a yellow liquid to it, torches it again, plunges it in water, polishes it with a wire brush and chisels off the 0 in the date and replaces it with a 1.

The action shifts to a courier taking a locked briefcase to the security room at the Pacific Coin Convention Coin Bourse and Auction. He takes out a box holding the coin. “It’s insured for $100,000. There are only five like it in the world,” he says. The actual coin is shown full screen for a few seconds before it is locked in a safe.

The action then shifts to an oceanfront park. The forger is holding the altered coin with his fingers and says, “Virtually undetectable without high magnification. I think you will find it well worth $1,000.” A killer takes the coin in a gloved hand, places it in his pocket and pulls out a pistol. He plugs the forger and walks away.

Con man Arnie Price (Eugene Troobnick) is then hired for $10,000 to switch coins. As the thief enters the bourse floor, several classic rarities, including a 1879 Flowing Hair Stella gold $4 pattern ($18,000), round and octagonal 1915-S Panama-Pacific International Exposition gold $50 pieces ($15,000) and a 1796 quarter dollar ($20,000) flash on the screen while an announcer states their value, providing a financial context to the episode. In a nice touch of authenticity, a man holding a copy of A Guide Book of United States Coins walks by. The scene may be the only television scene to take place on a bourse floor.

At the coin show, the carnival slight-of-hand expert stops at the Villard Coin Exchange booth and casually asks to look at the 1913 coin, which is promptly handed to him. While the company’s name is not explained, actor Richard Villard appeared in several Hawaii Five-0 episodes (but not this one) and was a founder and president of the Screen Actors Guild branch in Honolulu.

Wearing a white glove, Price picks up the real coin and switches it out for the fake. As he’s leaving the show, an alarm sounds. The con man uses the coin to buy a 15-cent newspaper, effectively stashing the coin until he can retrieve it; only he doesn’t get back to it in time.

The coin bounces from the vending machine to a child’s pocket to a candy store before ending up as change at a bar after the exasperated con man buys a drink for himself and his wife.

The con man buys two drinks for $1.30 and receives 70 cents in change. The screen shows the reverse of Roosevelt dime, part of the obverse of Jefferson nickel, a 1968-D half dollar and the 1913 5-cent coin.

At the end of the drama, Detective Steve McGarrett (Jack Lord) does a bit of magic, retrieving the coin from behind the ear of crime mastermind Eric Damien (Victor Buono). “This is the one we’re looking for,” he says after tossing the fake version of the coin in the air. “Book him.”

In 2014, it sold for $3.3 million at the Florida United Numismatists convention.

The video can be seen free here. 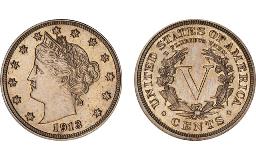 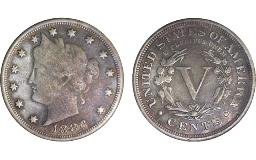 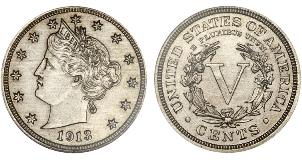