You bought it: 1986 Statue of Liberty Centennial Proof half dollar 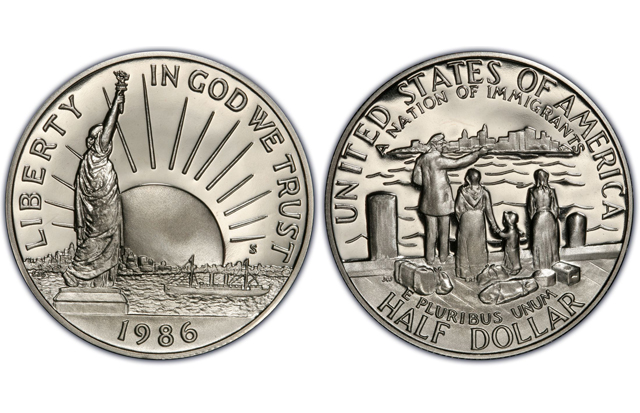 A Proof 1986 Statue of Liberty commemorative half dollar was among the recent purchases reported by Coin World Facebook fans. Pictured here is an Proof 69 example.

Steven Roach: "I acquired three German 1923 Notgeld 500 Mark porcelain Friedrich Schiller 'coins.' I'm not sure if it would be appropriate to call them coins though... but hey they are really cool! Here is an example if anyone wants to know what they look like -http://www.ridercollections.com/.../marbach-am-neckar.../"

Javier Bolaños Meade: "Still saving for the next one!"