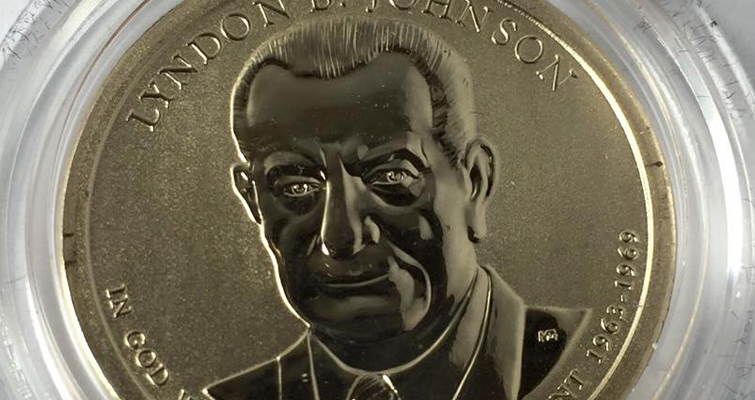 A Reverse Proof Presidential dollar was included in the 2015 Lyndon B. Johnson Coin and Chronicles Set, which sold out less than four hours after it was released on Oct. 27.

4. ‘Medieval’ medal is actually Austrian cast from 17th century: Though dated 1231 in Roman numerals, the pseudo-medieval medal was actually struck circa 1576 to 1657, according to the firm, for the Holy Roman Empire.

2. Gold-seekers go panning in California storm drain: KCRA, NBC’s affiliate in Sacramento, reported on Oct. 22 that a pair of gold-diggers were heard, but not seen, panning for gold in the storm drain beneath a restaurant in Auburn, Calif.