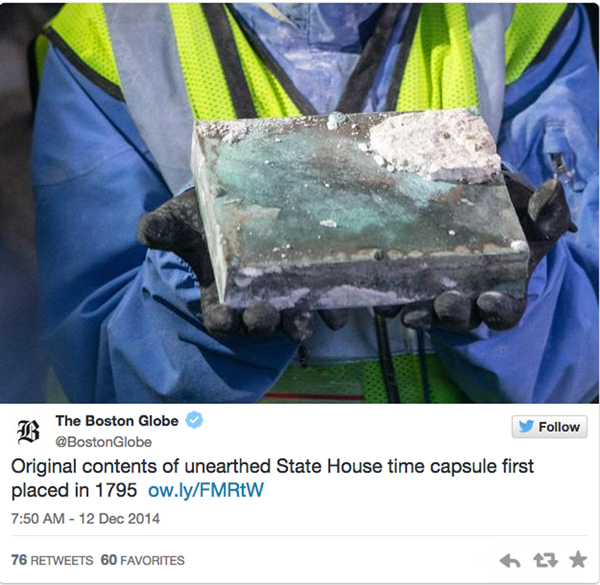 The Boston Globe tweeted a picture of the Massachusetts State House time capsule recovered on Dec. 11.

4. Gold Proof Kennedy half dollar sales edging toward maximum issue of 75,000 coins: According to Adam Stump, the Mint's deputy director for the Office of Corporate Communications, sales through Dec. 15 reached 69,569.

3. New American Eagle silver bullion sales record reported by U.S. Mint: With more than 20 days to spare, the previous record from 2013 was surpassed.

2. The man who spent $4.76 million on gold Nobel Prize medal has returned it to its owner: A Russian billionaire thinks it was 'unacceptable' for James Watson to part with the item.

1. Time capsule from era of Paul Revere, Sam Adams discovered in Boston: A conservator from Boston's Museum of Fine Arts worked to free the capsule on a Thursday afternoon.