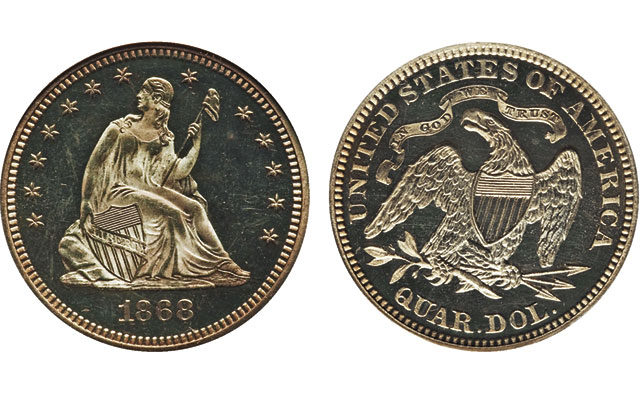 It is the sole example of this date with a PCGS Deep Cameo designation, which signals a high level of contrast between frosted devices and mirrored fields.

Heritage notes the mintage of 600 Proof pieces enjoyed a relatively high survival rate, but examples with cameo contrast are rare in any grade.