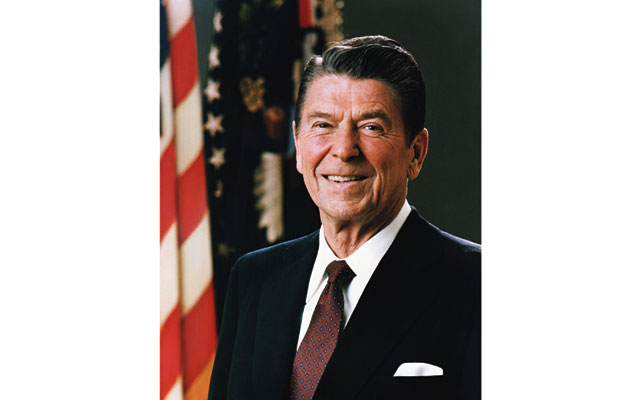 Collectors have long been pushing for a Ronald Reagan Presidential dollar as part of the Presidential $1 Coin Program. The program entered it final full year in 2015, with two more coins in 2016.

One of the big stories of the week is also the most controversial ones.

The U.S. Mint is planning to release a Ronald Reagan Presidential dollar coin in 2016, Coin World's Paul Gilkes reported Thursday. That would fly in the face of previous Mint plans to halt the series after releasing Gerald Ford's coin, as his predecessor, Jimmy Carter, is still alive.

Paired with the Reagan dollar in 2016 would be a Nancy Reagan First Spouse gold $10 coin.

Not surprsingly, we have heard from Facebook fans who support of the Reagan dollar coin, and from fans who are against it (be it for personal or numismatic reasons).

Here are some of the comments that we've recieved so far:

Bob Yamtich: "For me, I think it is important to be clear that it isn't about politics. I'm sure President Carter would rather be alive than be on a coin. What would happen to the planning process if he were to pass away? Certainly, I wouldn't want the series to stop, but a pause would also be awkward. I'd say proceed, because I see kids learn more about the world every time they study a new coin."

Gary Dunaier: "I was never a big fan of Reagan, but I agree that since he's deceased he should be included in the set. But I wonder if the fact that Nancy Reagan is still alive will open up another can of worms, since they're obviously planning to include her in the First Spouses set."

Joshua Holman: "I'm tickled pink as my collection will be complete!!! Now what to do with all the extra holes in my Dansco…."

Richard Campbell: "That is one I will not be purchasing."

Albert Tarwerdi: "What a joke he was one of the biggest crooks as a president with countless scandals."

John Theiss: "Only if they put Nancy on the back of it!"

Patrick Emmett McBride: "Modern presidents on coins is a contentious debate because their historical legacy is not yet established. Half the country would have been enraged to see Lincoln on coin or currency in 1865. But the counter is JFK on the half in 64. I don't remember a lot of resistance then. Of course, assassinated presidents present a different perspective. Let's agree either way it would be a set that is never complete we hope."

Daniel Pon: "I've got no problem with seeing a living ex-president on a coin. It's not like it will give them special powers and propel them back into office."

Thomas DeLorey: "I have no objection to the living widow of a deceased President appearing on a First Spouse Coin, but I do object to the Mint issuing a President Reagan dollar out of sequence, since his predecessor, President Jimmy Carter, is still alive and well and doing great work for mankind."

What do you think about a Reagan coin in 2016? Tell us in the comment section below!