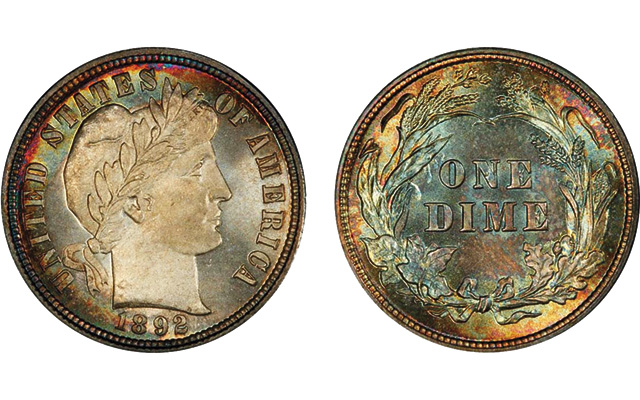 The story: 1892 represents the first year of Charles Barber’s dime, quarter dollar and half dollar. Some people collect first-year coins for type purposes and this example, graded PCGS MS-67 with a green Certified Acceptance Corp. sticker is an exceptional type coin.

The novelty of a new design meant that many people kept examples as keepsakes, so coins that represent the first-year of a design often have a high survival rate in high grades.

Like many coins in Simpson’s collection, it exhibits attractive toning, described by Legend as “a wonderful mix of pretty green/gold/reddish gold swirls over the peripheries.”