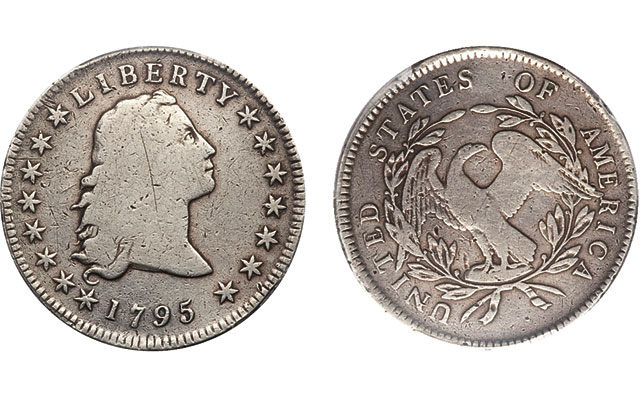 The story: An entry-level 1795 Flowing Hair dollar can be found in this example graded Genuine, Very Good Details, Holed and Plugged by Professional Coin Grading Service. The quality of the plug, which appears to be near the 7 in the date, is well-executed.

Among the various types of damage, holed and repaired coins are considered severely damaged, with a hole in the date or other prime focal area being especially problematic.

This example provided an unusual opportunity for a collector to obtain a representative of this impressive early type coin (produced for just two years) for less than $1,500 with solid details.

A search through the dozen, or so, holed or plugged 1795 silver dollars that have passed through Heritage over the past few years confirms that this example is one of the more attractive survivors, even if it has its share of problems.