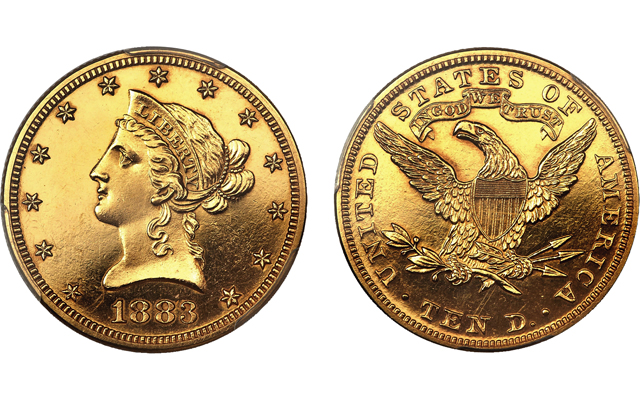 The story: Collectors looking for a Proof example of a $10 eagle or $20 double eagle for less than $10,000 will have to look to an impaired coin that has a problem.

The Uncirculated Details description means that the Proof coin has no wear.

Heritage notes that despite the unoriginal surfaces that resulted in the designation, “the effects [of the alteration] are not immediately obvious to the unaided eye,” and adds that there is moderate cameo contrast between the fields and devices.

PCGS notes that Altered Surfaces can be broadly applied and “covers anything added to the surface of the coin to either ’improve’ its appearance or to cover marks” including coatings like lacquer, artificial haze, or puttying to fill in marks, scratches or other defects.

The coin sold for $5,287.50 at an Oct. 9 Heritage auction, far less than an unimpaired example would bring.