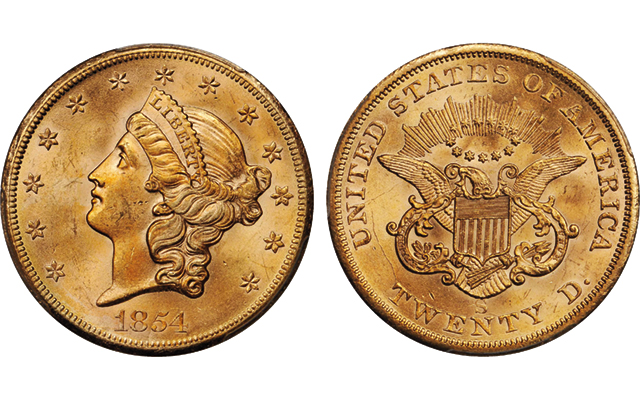 At a 2006 Heritage auction it was housed in a Numismatic Guaranty Corp. holder and brought $46,000. The coin is from the SS Central America shipwreck and Doug commented that it took him longer to like the Central America coins than many in the field, but with time, he’s come to appreciate these coins.

He mentioned several factors working for this coin. First, the issue is a condition rarity in the series. Second, it’s desirable as the first double eagle from the San Francisco Mint and third, Doug described the coin itself as “outstanding” and finer than others in higher numerical grades that have come up at auction.