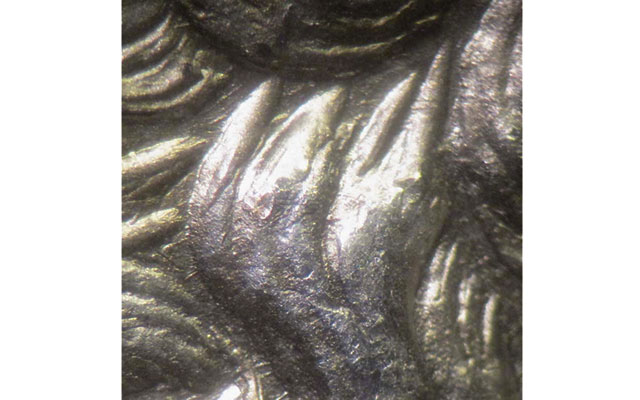 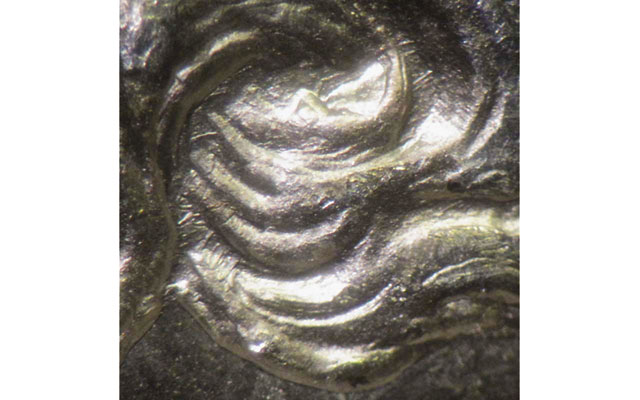 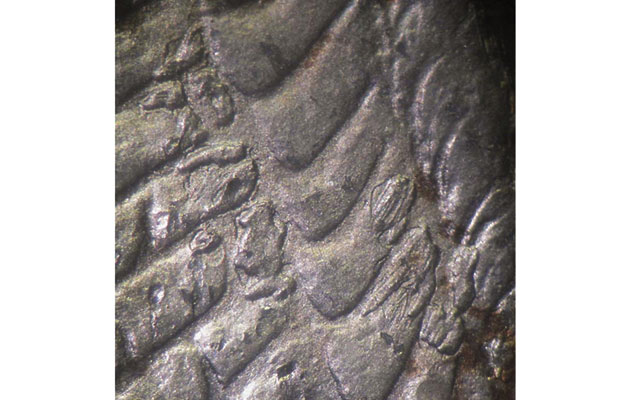 Heavy polishing caused voids in the centers of the eagle’s wings. On this reverse die, it is visibly apparent that acid was used to expediently repair the weak spots. 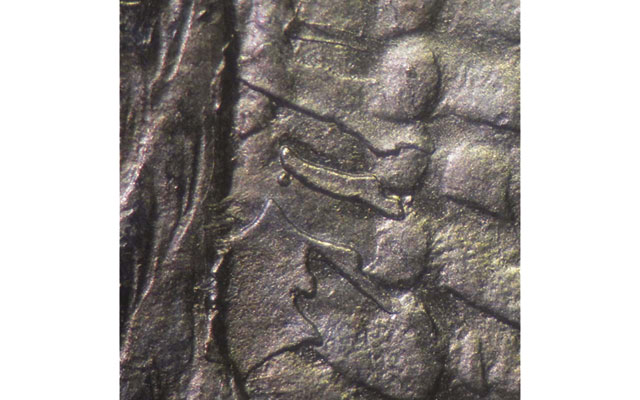 These so called “dragon scales” are found in both wings for this specific reverse.

The rush to new standard dollar production in 1878 forced the various Mint facilities to take a number of unusual shortcuts with George Morgan’s design. It accounts for the extraordinary variation found in this year’s pieces.

While changes like hub designs are well documented, some of the expedient methods employed on individual dies have only recently been discovered.

A few weeks ago, I examined the first known example of the VAM-113 1878-S Morgan dollar, and spoke with its discoverer, Mark Daveler. He said, “I knew right off this was something different.”

The reverse is well known to variety specialists as it is also used for the several marriages and stages in the VAM-36 group. This particular die had been overpolished when it was basined. The voids in the centers of both wings were then filled back in by an imaginative worker who placed a few drops of parting acid in the weakened areas of the design.

Other reverse dies have been repaired by this unusual method, but this is one of the strongest examples, affectionately known as the “dragon scales” variety.

The real surprise is found on the obverse. The normal design of Liberty’s hair has several small voids in it. One of the patterns in her lower hair, nicknamed the “bear claw,” was strengthened by hand engraving.

While the hair strands in this area normally terminate in several points resembling claws, the touch up work exaggerates the effect. This die was noted by Van Allen as the first example of a Morgan dollar reported with engraving in Liberty’s hair. His interest and excitement about the find is clear from reading his letter. “This die combo is immediately one of my all time favorites with both engraving and acid treatment.”