Coin pricing now and then 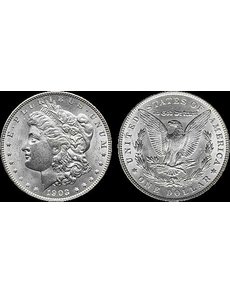 The 1903-O Morgan dollar was prohibitively scarce until the early 1960s when bag upon bag was released by the Treasury Department. It sells today for two-thirds of its 1962 price.

Workers remodeling my home found evidence beneath the floor of the last remodeling — parts of the Nov. 30 and 31, 1957, issues of The Columbus Dispatch.

Here are the prices of some things advertised then and their value now in inflation-adjusted dollars:

Here are prices for some coins from the 1962 A Guide Book of United States Coins by R.S. Yeoman, the values of the coins in inflation-adjusted dollars and each coin’s 2012 “Red Book” value:

Over the past half century, quality coins, especially Colonials, have outpaced inflation many times over. Some coins, though, didn’t fare so well.

Every kid trying to fill his blue Whitman folder wanted a 1955-S cent in 1962, and there were none in circulation. I knew a boy who found a 1914-D Lincoln cent, but never met anyone who found a 1955-S cent. Supply and demand eventually equalized. In inflation-adjusted dollars the coin sells for about one-third of its 1962 price.

The 1903-O Morgan dollar illustrates what happens when a hoard comes on the market. The coin was prohibitively scarce until the early 1960s when bag upon bag was released by the Treasury Department. It sells today for about two-thirds of its 1962 price and less than 10 percent of its inflation-adjusted price.

The contractors didn’t find any gold hidden in the walls of our home, so we had to pay them ourselves in current money.