The Joys of Collecting column by Q. David Bowers 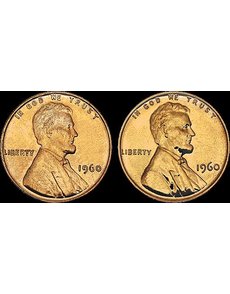 I have always enjoyed studying the rare coin market. While I have done a lot of research in historical files, I have had first-hand experience ever since I became a rare coin dealer, part-time at first in 1953, as I was in high school. In the early 1960s I published the first-ever study on coin market price cycles.

Today, the rare coin market for federal coins is stronger than I have ever seen it. The market for tokens, medals and obsolete paper bills is also super-active. Offhand, this might seem rather strange when history is considered.

The greatest boom the coin market has ever seen began in 1960. Coin World was launched as the first weekly publication in the field. To that point, the popular monthly journals such as The Numismatic Scrapbook Magazine, Numismatic News and The Numismatist were the best sources for current information. J. Oliver Amos, in charge of the Sidney Printing & Publishing Co., had been inspired by the success of Linn’s Stamp Weekly, which he printed on contract. Discussions were held about his starting and owning a weekly in some other field. The final topics were antiques, bowling and coins — after many discussions within the Amos organization and also interviews with leaders in various hobby fields, coins won.

In my conversations with Mr. Amos, I was skeptical that enough news would be found for rare coins. J. Oliver, as many called him, liked me a lot and even offered me the editorship of Coin World after its first editor, Dick Johnson, resigned. I declined as I enjoyed coin dealing so much. A temporary editor, Margo Russell, was put in place until the right person could be found. Margo went on to serve for nearly a quarter century, with great distinction, and earned just about every numismatic award ever given.

Coin World took off like a skyrocket. Within a short time the circulation increased to an amazing 150,000 copies! This helped spread the word and excitement.

The other factor was the 1960 Lincoln, Small Date cent. These were publicized as being much harder to find than the Large Date design. A market was made in rolls and bags of Small Date cents by Jonah Shapiro, of Syracuse, N.Y., and Harry J. Forman in Philadelphia. A $50 face-value bag was sold for $12,000! Excitement knew no bounds, national newspapers and magazines picked up the story as did the television networks.

Within a few years as many as 6,000 coin shops were in business across America, according to an estimate given to me by Chet Krause. Coin shows, clubs, and auctions multiplied. Then in 1965, crash!