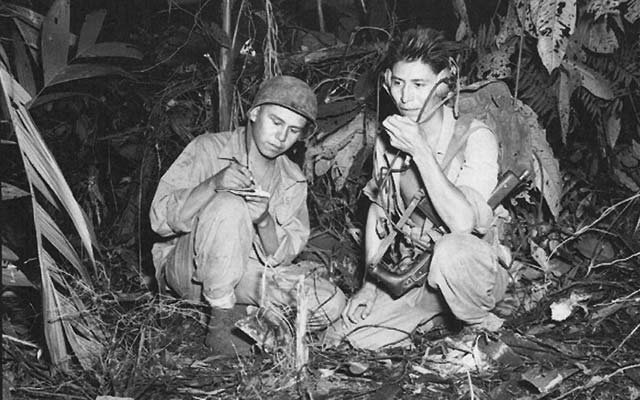 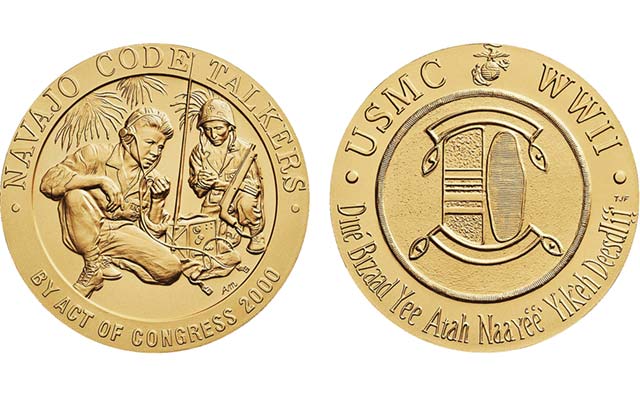 Collectors can purchase 1.5-inch and 3-inch bronze versions of the Navajo Code Talkers medal from the U.S. Mint. 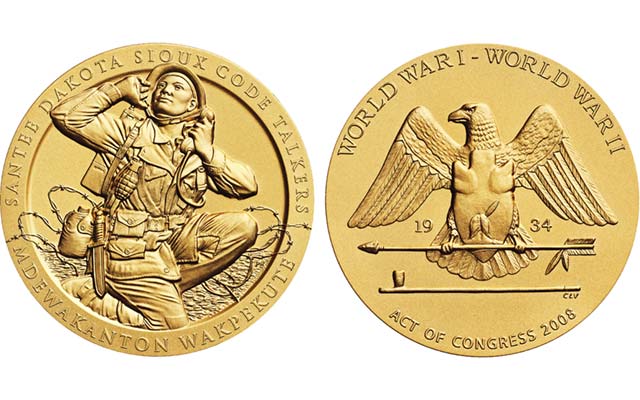 The Santee Sioux Nation is one of 33 Native American tribes to be honored under 2008 Code Talkers legislation with a congressional gold medal.

This is the second in a series of article on congressional gold medals issued by the U.S. Mint:

To this point, the most extensive series of congressional gold medals authorized are those for the Native American Code Talkers, recently recognized for sending unbreakable radio messages coded in their native languages, providing unparalleled communications services for military operations during World Wars I and II.

The 2000 act specifically recognizes the Navajo Marine Corps Radio Operators from World War II. The 2008 act recognizes the Code Talker contributions in World Wars I and II from 33 other tribes.

Bronze duplicates of each of the first 27 of the 33 planned medals are available from the U.S. Mint, in 1.5-inch and 3-inch sizes, respectively priced at $6.95 and $39.95 each. The U.S. Mint has struck and presented gold medals, so far, to the following tribes:

Designs for the 28th medal, recognizing Code Talkers from the Rosebud Sioux Tribe, are currently under review before final renditions are selected.