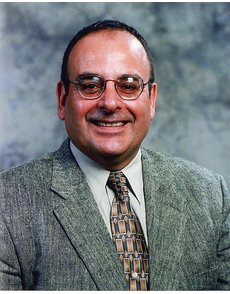 Dr. Michael Bugeja, a journalist, numismatist and author of the monthly Coin World column “Home Hobbyist,” was sworn in July 26 to a four-year term as the newest member of the Citizens Coinage Advisory Committee.

Bugeja was approved for the post by Treasury Secretary Timothy F. Geithner for his expertise in numismatics. Bugeja replaces Roger W. Burdette, who resigned March 1 in order to testify at the recently completed federal trial in Philadelphia involving the ownership of 10 1933 Saint-Gaudens gold $20 double eagles.

Bugeja is president and webmaster of the Ames Coin Club in Iowa, which counts itself as among the most active and youth-oriented coin clubs in the state. In that capacity he helps plan Coin-A-Rama, an annual 80-plus table show.

In his primary career, Bugeja is director of the Greenlee School of Journalism and Communication at Iowa State University of Science and Technology in Ames.

Bugeja is a nationally acclaimed author, journalist and educator with two award-winning books published by Oxford University Press: Living Ethics Across Media Platforms and Interpersonal Divide: The Search for Community in a Technological Age.

He contributes articles regularly for The Chronicle of Higher Education.

His comments on media ethics have appeared in Newsweek, The New Yorker, The New York Times, The Washington Post, USA Today, The Christian Science Monitor and The International Herald Tribune, among other outlets. ¦