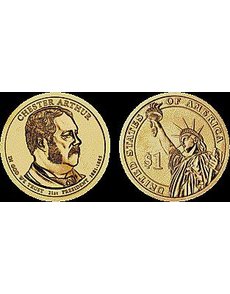 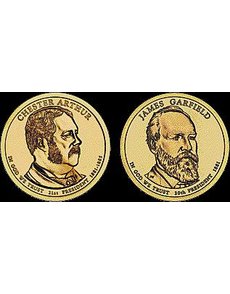 The drastically lower mintage for the Arthur coin is a result of Treasury Secretary Timothy F. Geithner’s Dec. 13 directive suspending the production of Presidential dollars for circulation. He suspended production in an effort to save $50 million to $75 million annually on dollar coin production costs since Federal Reserve Banks and their storage facilities hold in inventory some $1.4 billion Presidential dollars. According to the Treasury Department, the inventory is sufficient to meet commerce needs for dollar coins for the next 10 to 12 years without the need to strike and release additional Presidential dollars.

The Mint is required by law to strike Presidential dollars, although the Treasury secretary holds broad powers in determining the number of coins that will be struck and the Federal Reserve is not required to order the coins.

Starting in 2012, circulation-quality Presidential and Native American dollars will only be available as numismatic products from the U.S. Mint and from secondary sellers who buy them from the Mint.