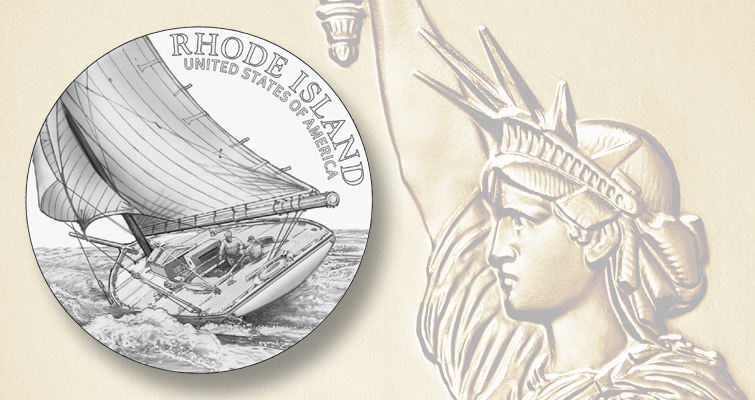 In 1876, Herreshoff introduced multi-hulled boats to yacht racing when his catamaran Amaryllis won the New York Centennial Regatta. He received the first U.S. patent for a sailing catamaran in 1927.

According to the Mint, “The Mint is aware further technical corrections would be necessary for the designs below. Should any of these move forward in the process as a recommended design, the Mint will continue to work with experts in nautical engineering to make those corrections.

The CFA recommended reverse depicts “a sailboat racing through the water off Newport, Rhode Island. The rigging in this design shows a Gaff Cutter that is based on Nathanael Herreshoff’s Gloriana, but shown here with a smaller waterline. Mr. Herreshoff’s innovative ‘crosscut’ cloth pattern can be seen in the sail of the yacht,” according to the Mint.

Ten designs were considered for the Vermont dollar with renderings identified with snowboarding.

“Snowboarding’s technological development and transformation from a novel recreation to a worldwide competitive phenomenon are tied closely to the state of Vermont,” according to the Mint.

The recommended design “represents the freeriding roots of snowboarding in Vermont. The snowboarder rides an early version of a directional board in the backcountry.”

A total of 25 designs were reviewed for the Kentucky coin with one theme dedicated to contributions to music, particularly bluegrass, as performer Bill Monroe, a native of Kentucky, is heralded as the father of bluegrass music. The second theme was the Frontier Nursing Service.

The first features a five-string banjo drum head with the inscription HOME OF BLUEGRASS MUSIC.

The second recommended design depicts a classic image of a five-string banjo drum head. A treble clef is seen behind the banjo strings.

Nine designs were considered for the Tennessee dollar, with designs thematic of writing music using the Nashville Numbering System, the Tennessee Valley Authority and Rural Electric Cooperatives, and a third theme Sequoyah and the Writing System for Cherokee.

Neal Matthews Jr., an American vocalist who achieved fame as part of country music’s The Jordanaires, developed the Nashville Number System as a method of transcribing music by denoting the scale degree on which a chord is built.

One depicts a Tennessee farm with newly installed power lines lining the road.

The second design recommended shows Sequoyah holding pages of his new syllabary. Before the invention of the syllabary, the Cherokee did not have a written language, nor could they read or write English.

Sequoyah is already recognized on the reverse of the 2017 Native American dollar.

Once proposed designs receive final approval from Treasury Secretary Janet Yellen or her designee, the reverse design will be paired with the series common obverse reflecting the Statue of Liberty.

The authorizing legislation calls for the production of a 56-coin program featuring reverses reflecting innovation in each of the 50 states, five U.S. territories and the District of Columbia.

The program was kicked off in 2018 with a coin bearing devices indicative of the overall series.

An element from the reverse of the 2018 coin — a machine gear — beginning in 2019 appeared as a privy mark on the common obverse below IN GOD WE TRUST. 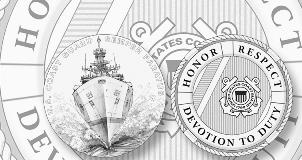 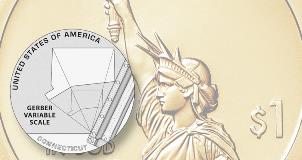 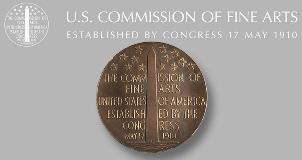