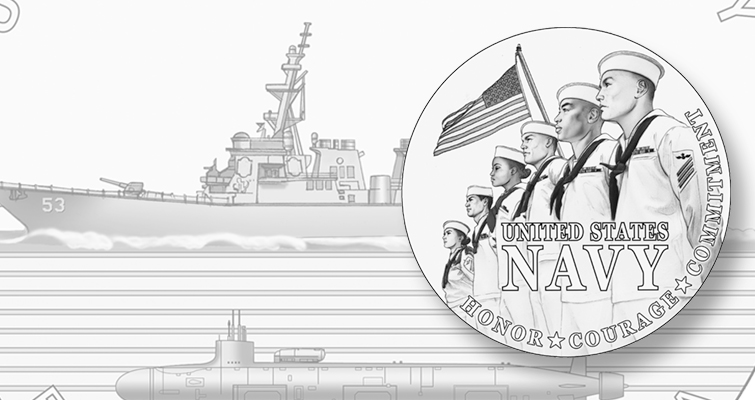 In 2021, the U.S. Mint will issue a 2.5-ounce silver medal honoring the legacy of the United States Navy. 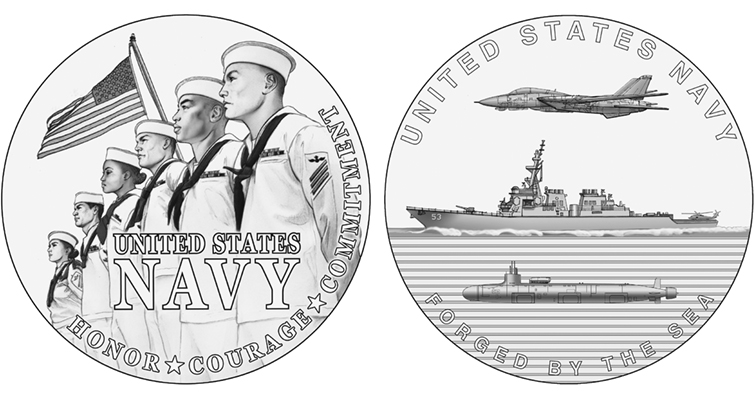 The proposed obverse and reverse designs the Commission of Fine Arts recommended Oct. 17 for a 2.5-ounce silver medal in 2021 recognizing the U.S. Navy are the same as the “alternate” pairing the Citizens Coinage Advisory Committee recommended two days earlier.

The CCAC had favored a different pairing but recommended a second pairing as an alternate choice. The CFA opted to recommend only this one pair of obverse and reverse designs, after being presented with the 18 proposed obverse designs and 16 proposed reverse designs, executed either by members of the Mint’s engraving staff or outside artists in the Artistic Infusion Program.

The CFA’s recommendation for the .999 fine silver medal’s obverse “features a line of sailors manning the rails, while the American flag flies in the background,” according to the U.S. Mint’s design narrative. “Inscriptions are UNITED STATES NAVY and the core values of HONOR, COURAGE, and COMMITMENT.”

The recommended reverse “depicts three of the Navy’s most common platforms — an F14 fighter jet, a destroyer, represented by the USS John Paul Jones, and a Virginia class submarine in stylized water. The inscriptions UNITED STATES NAVY, and FORGED BY THE SEA encircle the design.”

The medal is part of an ongoing series of silver medals to be issued by the U.S. Mint to recognize each branch of the U.S. armed forces. 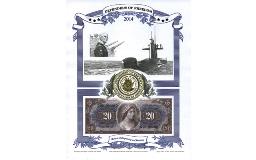 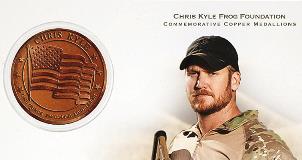 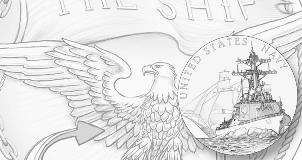