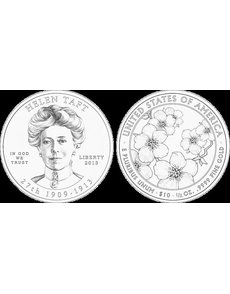 For the First Spouse coin honoring Helen Taft, the CFA recommended this obverse and reverse, splitting with the CCAC on the obverse but agreeing with the other panel on the reverse. 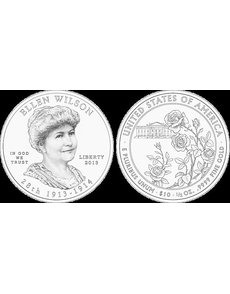 For Ellen Wilson, the first wife of President Woodrow Wilson, the CFA backed an obverse showing a slightly tilted head, but the same reverse as selected by the CCAC. 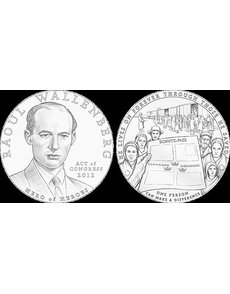 Members of the Commission of Fine Arts recommended these designs for the Raoul Wallenberg congressional gold medal, though they recommended one of the inscriptions on the reverse be removed. 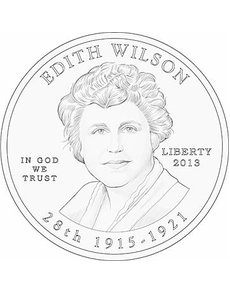 Like the CCAC, the CFA rejected all of the reverse designs for Edith Wilson, second wife of the president, choosing to approve only this obverse design. 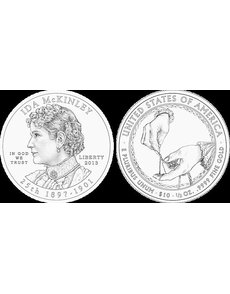 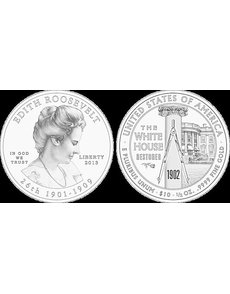 Edith Roosevelt appears on the second 2013 First Spouse gold coin. The reverse design depicts the White House with a slightly off-center column and compass, representing Mrs. Roosevelt’s work in the restoration of the White House in 1902. 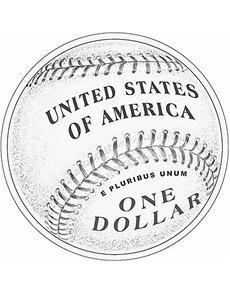 CFA members split with those serving on the Citizens Coinage Advisory Committee when they recommended this reverse to be used for all three of the 2014 National Baseball Hall of Fame commemorative coins.

Members of the Commission of Fine Arts tended to follow the recommendations of the nation’s younger coin review panel during their March 21 meeting.

With some exceptions, the CFA agreed with recommendations that the Citizens Coinage Advisory Committee had offered on the proposed Raoul Wallenberg congressional gold medal, the National Baseball Hall of Fame commemorative coins and the five 2013 First Spouse gold coins.

Philip F. Freelon, a Durham, N.C., architect, appeared to speak for the other commissioners when he told Mint officials that he was impressed by many of the CCAC’s recommendations.

The CCAC made its recommendations at its March 11 meeting.

The CFA accepted the Wallenberg family’s preferred design for the obverse of the gold medal honoring the Swedish diplomat who is credited with saving 100,000 Hungarian Jews from the Nazi death camps during World War II.

The CCAC had recommended a design showing Wallenberg in front of a series of barbed wires but with the same portrait taken from the CFA’s preferred design.

For the reverse, the CFA endorsed the same design as the CCAC, but suggested that one of the two inscriptions about the diplomat — ONE PERSON CAN MAKE A DIFFERENCE — be removed to make the design less cluttered.

For the reverses of the set of three baseball coins, the CFA parted with the CCAC. The latter panel had urged the reverses feature the inscription UNITED STATES OF AMERICA spread across the “sweet spot” on a rounded replica of a baseball’s skin.

The CFA urged a design that would place the inscription E PLURIBUS UNUM directly under the UNITED STATES OF AMERICA and in the same portion of the ball. That was something that the CCAC had tried to avoid.

But the CFA members appeared more concerned that the lettering be accurate and uniform on the curved structures of the gold $5 and silver dollar versions of the coins, which are to be minted with a distinctive convex shape. A copper-nickel clad 50-cent version of the baseball coins will be produced in the traditional flat version.

The design for the obverse will be picked after a national design competition that should be announced in April. The recommended obverse will be presented to the commission in July, a Mint official said.

For the Ida McKinley First Spouse gold bullion coin, the CFA agreed with the CCAC, supporting a left-facing profile of President William McKinley’s wife for her coin. For the reverse it backed a design selected by the CCAC showing two hands crocheting, a tribute to the thousands of slippers the first lady produced for charity during her years in the White House.

For Edith Roosevelt, the wife of President Theodore Roosevelt, CFA was about to endorse a design showing a frontal view of the first spouse.

But a Mint official told them that the CCAC was about to endorse that design when it was told that the president and the Roosevelt family preferred a right-facing profile of a somewhat downward-looking portrait.

With that additional information, the CFA also agreed to back the design recommended by the CCAC.

The commission also gave a qualified endorsement of the reverse endorsed by the CCAC. It celebrated Mrs. Roosevelt’s role overseeing a remodeling of the White House in 1902.

But CFA members, most of whom are architects, told the Mint they didn’t like the column that separates an image of the White House from the inscription THE WHITE HOUSE RESTORED. For one thing they didn’t think the 1902 work qualified as a full restoration, and they were not happy with the column.

For the gold coin for Helen Taft, wife of William Howard Taft, the CFA endorsed a straight forward image of the first lady, rejecting the CCAC choice, which appeared to be a three-quarter image with a larger hairdo.

Krieger said he thought that design preferred by the CCAC made it look like “a wig coming off” and others didn’t like her mouth, which they said was down turned.

For the reverse of the Taft coin, the CFA endorsed the same design of cherry tree blossoms that the CCAC unanimously approved. The design would celebrate the planting of cherry trees around Washington’s Tidal Basin, which Taft oversaw. It was “a simple design ... the best artwork,” said Elizabeth Plater-Zyberk, the CFA vice chair.

For Ellen Wilson, the first wife of President Woodrow Wilson, the CFA backed an obverse showing a slightly tilted head, unlike the CCAC, which had backed a right-facing profile for her coin.

For the reverse, the CFA agreed with the CCAC, supporting a design that shows a rose bush in the foreground and a White House in the rear. This design would mark her work creating the White House’s Rose Garden.

Mint officials assured the committee that it might move one of the rose stems to give greater separation with the White House.

The commission agreed with the CCAC and backed an image of a front-facing Edith Wilson, the president’s second wife for the final 2013 First Spouse coin.

But like the CCAC, the CFA declined to endorse any of the reverse designs for her coin. The CCAC had decried the designs for failing to show Edith Wilson’s critical role in helping her husband after he suffered a serious stroke.

Commission members agreed that her clothing needed to be upgraded and she needed to be portrayed not as a secretary or the average presidential aide.

The Mint has agreed to make changes to the designs to meet the objections.

Both the CFA and CCAC recommendations will be forwarded to Treasury Secretary Jacob J. Lew who has the final word on how U.S. coins are designed. ¦