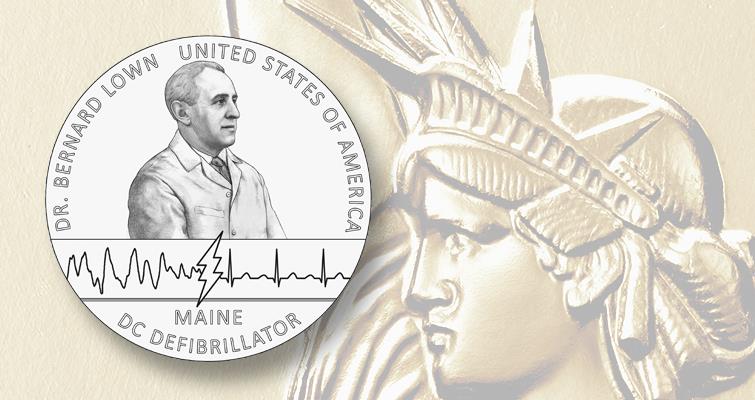 A proposed reverse design honoring Dr. Bernard Lown for the 2024 American Innovation, Maine dollar was recommended Sept. 15 by the CFA. 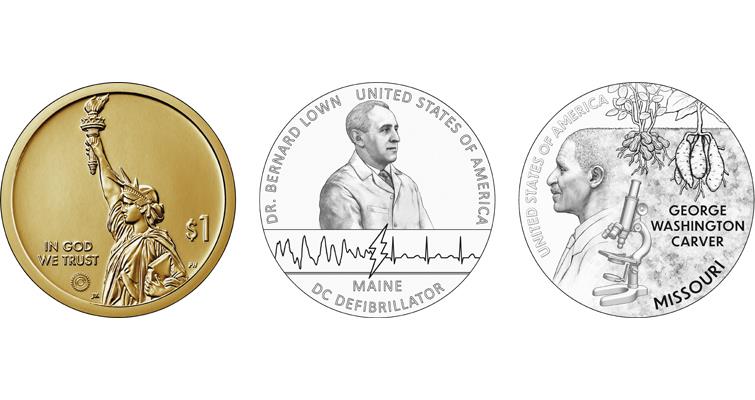 The CFA recommended these reverses for the 2024 Maine and Missouri American Innovation dollar coins, but had some reservation about the Missouri design, suggesting a clearer delineation between the figure of George Washington Carver and his innovations in agriculture.

The recommended design features a profile portrait of Dr. Lown.

“A lightning bolt splits an electrocardiogram line under Dr. Lown, showing the effective application of his innovative direct current defibrillation in converting a dangerous case of ventricular fibrillation to a stable and healthy heartbeat pattern,” according to the U.S. Mint’s design narrative.

In 1962, Dr. Lown, a pioneer in the research of sudden cardiac death, developed the defibrillator in conjunction with engineer Baruch Berkovitz.

The CFA made its recommendation for the Maine dollar after considering 11 proposed designs.

Seven proposed designs featuring George Washington Carver, who developed hundreds of uses for peanuts and the sweet potato, were considered by the CFA.

The CFA favored one of the seven designs, but requested the composition be returned to the panel for review at a future meeting “with edits that more clearly define Carver from the elements symbolizing his innovations.”

“An earthen texture is cut away to reveal peanuts and sweet potatoes growing under the soil,” according to the Mint’s design narrative. “An antique microscope evokes the diligence in scientific inquiry he displayed throughout his remarkable life. The inscription GEORGE WASHINGTON CARVER is incused next to the microscope.”

Carver’s work as the director of agriculture at the Tuskegee Institute — founded in Alabama by Booker T. Washington — is considered instrumental in changing Southern approaches to agriculture.

Whatever designs Treasury Secretary Janet Yellen approves for the two states will be paired with the series’ common obverse depicting the Statue of Liberty.

The American Innovation dollar series, introduced in 2018, is planned to run for 14 years, recognizing the 50 states in the order of their admission to the Union, followed by the District of Columbia and five U.S. territories.

The Citizens Coinage Advisory Committee was scheduled to review the Maine and Missouri American Innovation dollars on Sept. 27.

Both the CFA and CCAC reviewed proposed designs in June for the first two 2024 American Innovation dollars, recognizing achievements in Illinois and Alabama.

Designs approved for those two coins are yet to be announced by the Treasury Department. 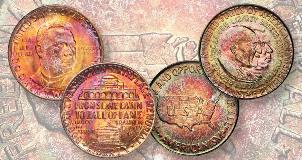 For some collectors, gorgeous toning on a coin enhances value 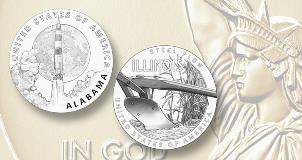 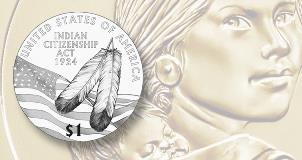