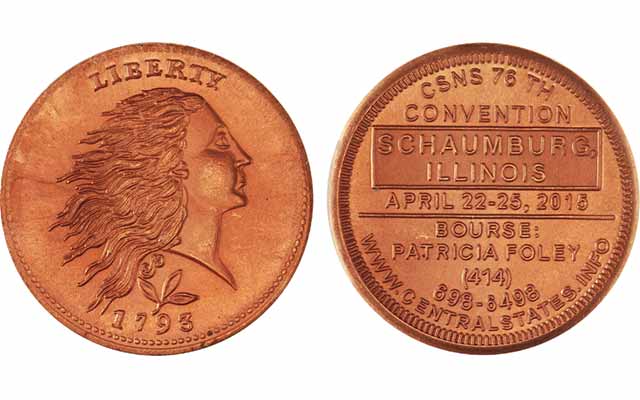 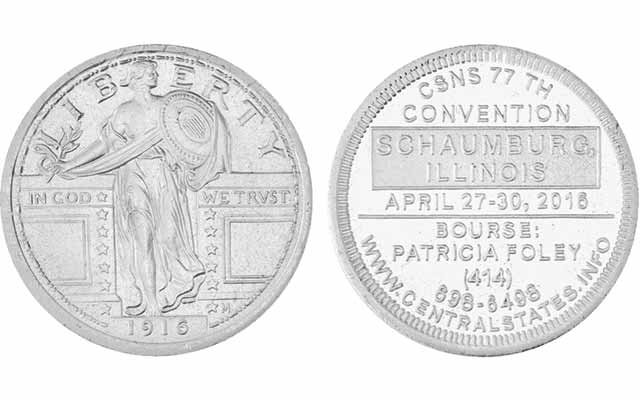 The Standing Liberty quarter dollar design is featured on a silver-plated advertising token from the Central States Numismatic Society.

The copper and silver-plated tokens each bear an obverse taken from a classic American coin design.

The reverse of each token bears information about the 2016 convention, which is scheduled from April 22 to 25, 2016.

Each piece is the size of an American quarter dollar (24.3 millimeters in diameter) and both versions have mintage limits of 1,000 pieces.

Each token is available for $3, postpaid, with a quantity discount of 10 tokens for $25, also postpaid.

To learn more about the show, visit the organization's website.