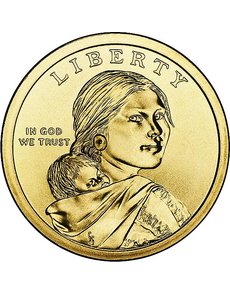 Members of the Citizens Coinage Advisory Committee debated what should be on the reverses of the Native American $1 coins in 2015 and 2016.

And then they took an unusual action: They told the United States Mint staff to make the decision. The action, during a Sept. 18 telephone meeting, appeared to reflect the CCAC’s growing respect for the Mint’s artwork on medals and coins.

At issue was what theme those coins should reflect. Since 2009 the reverses of what began as Sacagawea dollars have been revised each year to show an important contribution of Indian people or individuals.

The Mint told the committee it has developed six more themes for the coins, in cooperation with the National Museum of the American Indian in Washington.

Typically, choosing among the available themes would be the type of decision the CCAC would be delighted to make. But this time the panel decided not to decide. They told the Mint they liked all of the themes.

Three of the six themes seemed to have strong support: honoring Sequoyah, the Cherokee who devised a written language for his people; the Mohawk ironworkers who helped build many of the New York skyscrapers; and the Code Talkers of World War I and II.

Michael Olson, a collector from Iowa, urged the panel to vote for their preferred themes. But Michael Bugeja, another Iowa collector, and Thomas J. Uram from Pennsylvania, urged that the Mint staff be allowed to pick the themes.

After April Stafford, the Mint’s stakeholder relations manager, assured the committee that she was happy with what the committee had said “so far” on the proposed themes, Gary Marks, the CCAC chair, agreed that no vote was needed.

The themes proposed also called for honoring Ely Samuel Parker, a member of the Tonawanda Seneca nation who served as military secretary to Ulysses S. Grant; Jim Thorpe, the all-American athlete; and Elizabeth and Ray Peratrovich of Alaska for their work securing passage of laws that prohibit discrimination in the state.

The CCAC also spent much of the two-hour meeting discussing how to advise the Mint in design­ing a congressional gold medal to honor the First Special Service Force during World War II.

The little-known unit was the only joint United States-Canadian unit in the war and it performed secret missions.

Marks told the panel that the law creating the medal did not dictate how the award should be designed. He urged that the artists should consider a “battle cross” for the obverse. It is composed of a fallen soldier’s rifle with attached bayonet stuck into the ground; atop the rifle is a helmet, and next to the rifle, the soldier’s boots. It is intended as way for soldiers still in the field to pay tribute to their dead.

The committee discussed design ideas for the medal without taking a vote on what should be included. After a guest speaker suggested the medal might include the red, white and blue shoulder cords that the unit wore, some members urged caution about adding any colored element to a U.S. medal.

“I would urge caution on the use of color,” said Donald Scarinci, a medals specialist. ¦