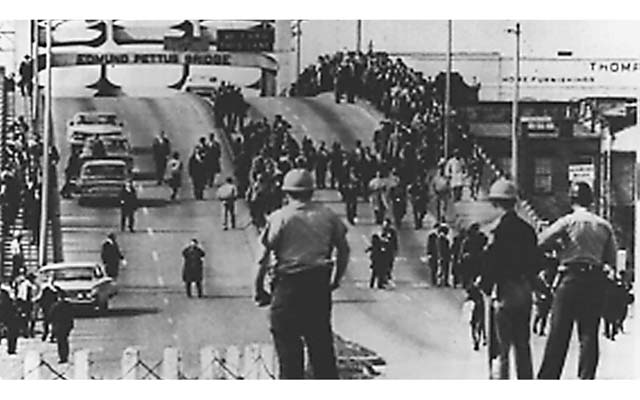 Civil rights protesters walking from Selma, Ala., to the state capital in Montgomery on Bloody Sunday, March 7, 1965, just before being confronted by Alabama State Troopers. 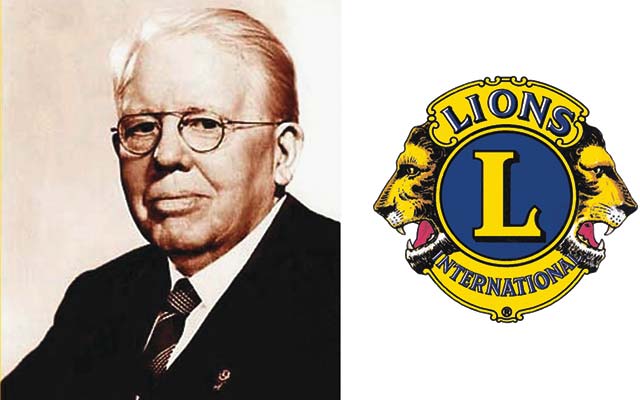 April Stafford, the U.S. Mint’s chief of design development, said designs for the congressional gold medal are to be thematic of the three marches in March 1965 by those protesting the denial of voting rights — Bloody Sunday, March 7, in which the protesters were met with violence by Alabama State Troopers; Turnaround Tuesday, March 9, during which the Rev. Dr. Martin Luther King, fearing for the safety of the marchers, after prayer, returned the 2,500 strong to the Brown Chapel African Methodist Church; and the final successful march of March 21 to 25, a 54-mile march to the state capital in Montgomery, with increasing numbers of marchers.

Stafford said representatives with the Selma to Montgomery National Historic Trail have suggested design details that would incorporate elements of the chapel where the marches began, the Edmund Pettus Bridge that had to be crossed en route to the state capital, the farmers and sharecroppers who lined the roads in the country on the march route, and the state capital.

The designs are to be emblematic of those who jeopardized their lives, Stafford said.

Some suggestions were made to incorporate some of the lyrics from protest songs, but a member of the Mint's legal staff said searches were still being made to determine if there could be copyright issues.

CCAC member Michael Moran said the gold medal has national implications to recognize a point in American history that started in clouds of tear gas enveloping the non-violent protesters, and led to ultimate triumph. Moran suggested consideration of marchers arm-in-arm, with American flags in the background.

CCAC member Dr. Michael Bugeja said that, while the idea of a bridge is to join or unify two areas, the Edmund Pettus Bridge over which the marchers traveled is actually geographically divisive between the races. Bugeja said part of the historical irony is that Pettus, after whom the bridge is named, was a Confederate general during the Civil War.

Robert Hoge, the CCAC member specially qualified as a numismatic curator, said he was troubled by the use of the term "Foot Soldiers," which conjures up visions of militarism and violence, when the marchers were deeply religious and patriotic pacifists and humanitarians. The medal's designs should celebrate the non-violent movement, he said.

Representing the general public, CCAC member Erik Jansen said that, while it is tempting to focus on the confrontation, violence and solider elements the marchers encountered, they showed up to stand collectively to overcome. The imagery used in designs should be symbolic and not duplicate a specific photo, he said.

CCAC member Heidi Wastweet, one of the committee members specially qualified in sculpture or medallic arts, said that when executing designs, the U.S. Mint's engraving staff and contingent of Artistic Infusion Program artists should be "economical" with text and not clutter the fields with inscriptions.

Dane LaJoye, division manager for public relations and communications for Lions Clubs International, said Lions Clubs International members would expect to see on the commemorative coin's obverse a design incorporating a portrait of founder Melvin Jones, with the organization's logo on the reverse. LaJoye said the design should include the service organization's motto "We Serve."

CCAC member Donald Scarinci, a specialist in medallic art, questioned LaJoye whether the organization simply wants a monument marking its existence with the coin, or to have a successful program with coin designs that sell.

"A portrait isn't going to sell," Scarinci said, concerning the suggestion to use the revered Jones' portrait as a design element. "There's a broader market to address."

CCAC Chairman Gary Marks said the coin needs designs that will grab one's attention and stand out beyond what would be expected. Marks reiterated Scarinci's contention the portrait concept would not be embraced by the numismatic market. There also needs to be a reverse design that goes beyond just the organization's logo. Marks suggested the idea of a pride of lions.

LaJoye said one needs to be careful with the use of the word pride when describing lions since the word does not translate the same in all languages.