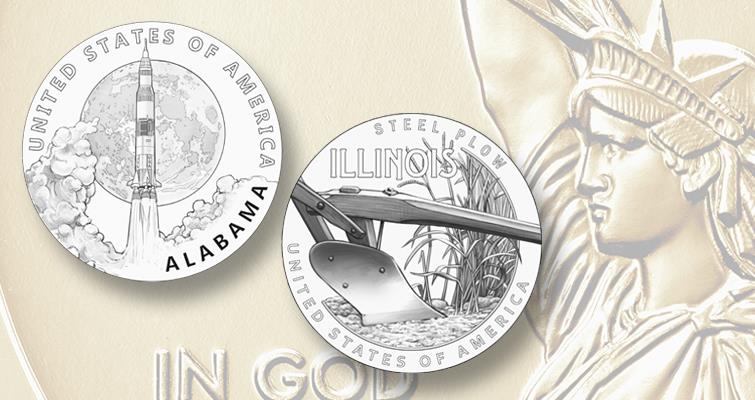 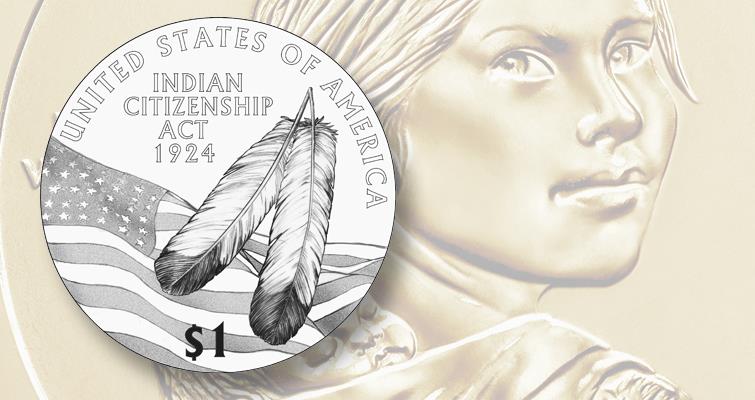 Proposed designs for the reverse of the 2024 Native American dollar and two of the four 2024 American Innovation dollar coins were reviewed for recommendation June 14 by the Citizens Coinage Advisory Committee.

The 11-member advisory panel considered 10 proposed designs rendered to recognize the centennial anniversary of the Indian Citizenship Act of 1924.

Meeting by teleconference, the panel also reviewed for recommendation to the Treasury secretary proposed designs for the reverses of two of the four 2024 American Innovation dollar coins, one recognizing Alabama and the other, Illinois. Eleven designs were considered for the Alabama dollar and 15 for the Illinois dollar.

Proposed designs were rendered by members of the U.S. Mint’s engraving staff as well as outside designers that are part of the Mint’s Artistic Infusion Program.

Proposed designs for the third and fourth 2024 American Innovation dollars, representing Maine and Missouri, will be considered for recommendations by both the CCAC and Commission of Fine Arts later in calendar year 2022.

President Calvin Coolidge signed into law on June 2, 1924, the Indian Citizenship Act of 1924 granting U.S. citizenship to “all non-citizen [Native American] Indians born within the territorial limits of the United States.”

According to the U.S. Mint’s thematic narrative for the 2024 Native American dollar reverse, the 1924 act “notably did not require American Indians to give up their tribal citizenship to become U.S. citizens, allowing individual Indian people to preserve their tribal identity and their right to communal tribal property.”

A major impetus for enacting the law was to recognize the thousands of Indians who served in the armed forces during World War I.

The design recommended by the CCAC for the reverse of the 2024 Native American dollar illustrates two eagle feathers and an American flag to reflect the dual citizenship of Native Americans.

Regardless of who rendered an eventual approved design, all sculpts for die production are executed by members of the Mint’s engraving staff attached to the Philadelphia Mint.

Whatever proposed Native American dollar reverse design is granted final approval will be paired with the common obverse depicting Shoshone Indian guide Sacagawea who provided guidance for the Lewis and Clark Expedition. She carries her infant son, Jean Baptiste, in a papoose on her back.

The reverse design recommended for the American Innovation dollar for Illinois pays homage to blacksmith settler John Lane, who moved from his native New England to Homer Township, Illinois. Lane is credited as one of the first manufacturers of the steel plow.

The CCAC-recommended coin design features a large steel plow blade affixed to a right-handed beam and braces. Behind the plow is a stand of big bluestem prairie grass and a field of soil below.

The reverse design recommended by the CCAC for the American Innovation dollar for Alabama pays tribute to the Saturn V rocket, designed and built at the George C. Marshall Space Flight Center in Huntsville, Alabama.

The “Heavy Lift Vehicle” was as tall as a 36-story-tall building and, at launch, generated more power than 85 Hoover Dams.

Initially developed to support the Apollo program for human exploration of the Moon, in total 13 Saturn V rockets were launched between 1967 and 1972 from the Kennedy Space Center with no loss of crew or payload.

The recommended design illustrates the power and force of the Saturn V rocket lifting off, with the Moon in the background. The CCAC recommends adding the inscription SATURN V to the design, using a type face from another design.

The obverse employs a rendering of the Statue of Liberty by AIP designer Justin Kunz, sculpted for die production by U.S. Mint Medallic Artist Phebe Hemphill.

Kunz’s design also incorporates a design element taken from the introductory coin for the series in 2018. The machine gear appears in the field below the motto IN GOD WE TRUST.

No Native American dollars or American Innovation dollars struck with a circulation-quality finish are being distributed into general circulation.

Such coins are being offered by the U.S. Mint in bags, rolls and/or boxes for numismatic sale at premiums above face value.

No dollar coins have been released into general circulation by official means since the James A. Garfield Presidential dollar in December 2011. 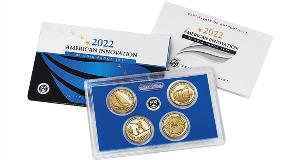 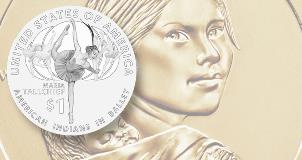 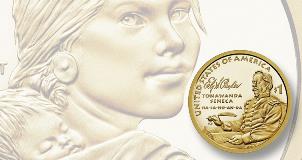