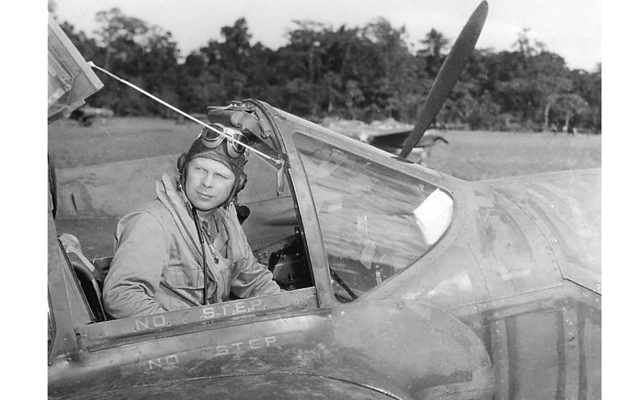 Medal of Honor recipient Richard Bong is the United States’ highest-scoring air ace, having shot down at least 40 Japanese aircraft during World War II as a fighter pilot in the U.S. Army Air Corps. Bong was tragically killed on Aug. 6, 1945, while test piloting a P-80 Shooting Star jet fighter at the Lockheed Air Terminal in Burbank, Calif. 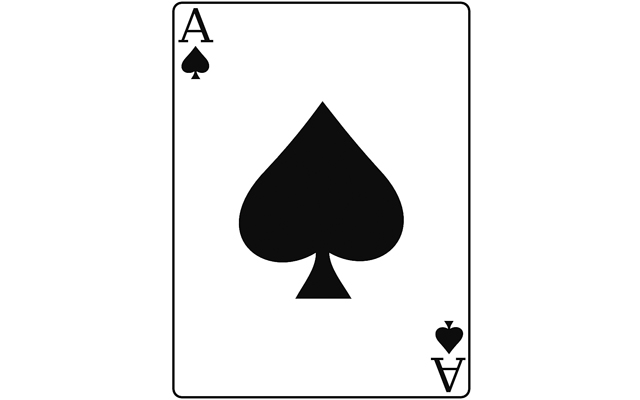 The Ace of Spades, used by U.S. forces in several wars in insignia and for psychological warfare, was suggested as a possible design theme for the reverse of the American Fighter Aces congressional gold medal.
Previous
Next

Designing the congressional gold medal honoring American Fighter Aces presents a challenge since aces from four different wars are being recognized, says Gregg Wagner, a member of the board of directors of the American Fights Aces Association.

Wagner, an avid coin collector, presented design themes for consideration during a July 8 Citizens Coinage Advisory Committee teleconference. The themes will be considered by the U.S. Mint for development of proposed designs executed by the Mint’s engraving staff and Artistic Infusion Program artists.

Once generated, the proposed designs will be reviewed both by the CCAC and Commission of Fine Arts, with recommendations forwarded to the Treasury secretary or designate for final approval.

According to Wagner, more than 60,000 fighter pilots have flown for the United States since World War I, but fewer than 1,500 have been accorded recognition as a fighter ace.

A fighter ace references the pilot in command of an attacking aircraft who is credited with a minimum of five confirmed aerial kills and both the attacking plane and the target plane must be in the air “dogfighting,” according to Wagner.

Fighter aces have served in all branches and all theaters of the military — U.S. Air Force (known as Army Air Corps in World War II and U.S. Air Service in World War I), the U.S. Navy and U.S. Marines.

During World War I, slightly more than 100 pilots distinguished themselves as fighter aces while flying various planes; more than 1,300 aces in World War II; 40 in the Korean War, all piloting F-86 Sabre jets except one who flew the F4U Corsair, which was a propeller driven plane; and two in the Vietnam War, one from the Navy and one from the Air Force, both of whom flew the F4 Phantom jet.

Wagner said it is recommended that any proposed designs rendered incorporate elements portraying all four wars. Inclusion is also suggested of the inscriptions COURAGE, LEADERSHIP AND DUTY ABOVE ALL; LONG LIVE THE ACES; and ACT OF CONGRESS 2014.

CCAC Chairman Gary Marks stressed the importance of “simplicity” in any proposed obverse or reverse designs, and the need to avoid trying to put too much imagery on a small palette.

Wagner discussed the possibility of the obverse being divided into quadrants, with each quadrant dedicated to one of the four wars that would include representative imagery. Imagery could include American and enemy aircraft in a dogfight, and inclusion of the topography over which each war was fought.

CCAC discussed a number of possible options, noting the difficulty in recognizing all four wars in one medal without crowding the designs. Ideas expressed included jugate portraits of pilots in the headgear from the period during which they achieved their fighter ace status; specific logos, slogans, unit patches or insignia; or a propeller as a quadrant separator.

Marks said any design should uniformly illustrate what a fighter ace was.

CCAC member Erik Jansen suggested a design illustrating the pilot’s view lining up an enemy aircraft in the crosshairs of the plane’s weapons scope, a theme that drew support from several other CCAC members.

A possible theme for the reverse design suggested was the Ace of Spades.

The Ace of Spades was painted during World War II on the sides of helmets of soldiers from the 506th Parachute Infantry Regiment, 101st Airborne Division, as symbol of good luck.

Twenty years later, the Ace of Spades was used in psychological warfare during the Vietnam War. Cards depicting the Ace of Spades were left on the bodies of dead enemy soldiers to scare away other combatants without a firefight. ¦