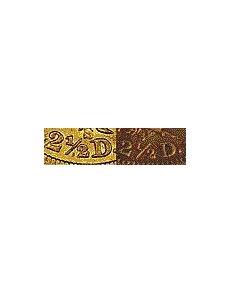 In recent years I have purchased a half dozen counterfeit coins online, learning that they were fake only upon showing them to my local dealer who has a coin shop on Main Street in Ames, Iowa.

My dealer is an expert counterfeit sleuth. But this time, I didn’t need him because I, myself, was able to detect a fake 1862-S Coronet gold $2.50 quarter eagle.

The 1862-S quarter eagle is a sleeper that rarely shows up in the market. Fewer than 100 such coins actually survive today. I placed a winning bid, received the coin and inspected it upon arrival. Something wasn’t right.

I weighed it on my coin scale. It was the correct weight of 4.18 grams.

Next I went to the computer, accessed Professional Coin Grading Service’s Coin Facts website, and displayed a large picture of the obverse and reverse of an 1862-S quarter eagle, analyzing each detail and device.

Eventually I focused on the S Mint mark. Mine was in the wrong place, near the “1” in “2½ D.” The Mint mark is nearer to the “D” of “dollar” on the authentic coin than it is on my counterfeit.

I took pictures of the coin with my cellphone and emailed them to Coin World columnist and ANACS senior numismatist Michael Fahey who messaged: “Interesting. ANACS has a fake 1862-S in our listings that also has the wrong style reverse. This might be what you have here.”

I had cracked the case of the counterfeit coin. I felt like a numismatic detective.

As soon as I had that thought, two long-forgotten images flashed in my mind. The first was of my  hometown coin shop in the 1960s on Ridge Road in Lyndhurst, N.J., across from the bank where my father would purchase rolls of Wheat cents so that I could search through them to fill empty slots in my penny board.

Was the shop still there?

I accessed Google Maps in satellite mode and digitally revisited the haunt of my youth. The coin shop was now a bagel shop.

The second memory was of a 1960 young adult book, The Case of the Counterfeit Coin, by George Wyatt. I must have been 10 when I first read it, and re-read it, dozens of times. It was my favorite book.

I typed the title in the search function of Amazon.com and there it was in “Used Books” as I had remembered it. I ordered it and just finished reading it before writing this column.

It’s still a page turner. A boy on his paper route (I had a route, too) is mistakenly given an ancient Greek coin. He is part of a “detective agency” with his friend, Brains Benton, who believes the coin is a counterfeit. They investigate, but that only leads to a grand jury indictment of their innocent, sickly local coin dealer. Finally, they trace the fake to a gang, finding dies by a hoodlum named Gorme.

“The dies we found in Gorme’s workbench are designed to copy the silver Decadrachm of Syracuse,” Brains says. “Specimens of that coin are worth eight hundred dollars or more!”

As you might expect, the boys crack the case, help the police nab the gang and rescue their local dealer.

Have times changed so much? True, I cracked my own case without leaving my computer station. But then again, I can still mosey down to my local coin shop in the middle of Main Street in the middle of a state in Middle America.

Some things are fleeting. Some things endure; our hobby is among them.