Calls for end to Presidential coins 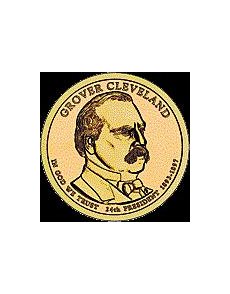 New legislation under consideration in the House of Representatives would require a halt in production of Presidential dollars if it becomes law.

Termination of the Presidential dollar coin program is the focus of legislation introduced in the U.S. Senate Jan. 23.

If approved by Congress and signed into law, S. 94, introduced by Sen. David Vitter, R-La., would bring an end to the Presidential dollar program.

The legislation was referred to Senate Committee on Banking, Housing, and Urban Affairs.

The current text of subsection (n) (8) states “Termination of program. The issuance of coins under this subsection shall terminate when each President has been so honored, subject to paragraph (2)(E), and may not be resumed except by an Act of Congress.”

Paragraph (2)(E), of the law prohibits coins from bearing “the image of a living former or current President, or of any deceased former President during the 2-year period following the date of the death of that President.”

Vitter’s office did not return requests for comments.

Vitter introduced similar legislation in 2011 during the 112th Congress but it died for lack of action along with several similar pieces of legislation introduced in the House of Representatives.

In reaction to the surplus of coins, on Dec. 13, 2011, Treasury Secretary Timothy F. Geithner issued a directive to suspend production at the Denver and Philadelphia Mints of the Presidential dollars for circulation. Circulation-quality Presidential dollars are still being produced for numismatic product sales in bags and rolls at premiums above face value.

Although the Fed’s inventory surplus of Presidential dollars has continued to rise, Geithner’s directive has slowed the growth. The Fed inventory now exceeds 1.4 billion coins, according to the Federal Reserve System’s June 2012 Report to the Congress on the Presidential $1 Coin Program. The 2012 report states as a result of Geithner’s directive in late 2011, “the growth rate of the $1 coin inventories has slowed considerably.”

“Given recent levels of payments of depository institutions, we estimate that Reserve Banks hold more than 40 years of $1 coin inventory, assuming continuation of current levels of demand,” according to the 2012 report by the Federal Reserve.

Another change has also occurred between the 2011 and 2012 reports.

However, in August 2012 the Federal Reserve Board of Governors announced it would not build additional storage vault space because the need no longer existed.

“As a result of the Treasury’s decision, Reserve Banks are receiving fewer $1 coins from depository institutions, so the Federal Reserve has decided not to proceed with the construction of the new facility,” according to the report. ¦