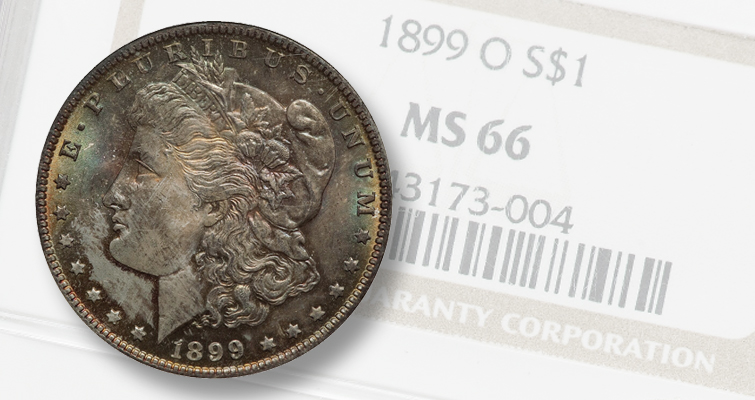 CAC has suspended its “regular tier” orders, owing to an unprecedented backlog of submissions. This 1899-O Morgan dollar certified MS-66 by Numismatic Guaranty Co. sports a CAC “green bean” and sold in a Heritage auction Feb. 9.

The suspension will apply to all orders postmarked March 1 and after. Coins under the $10,000 threshold can still be submitted after March 1, but only on the $35 submission forms. A CAC representative expressed hopes that all tiers will reopen on April 1.

John Albanese, founder of CAC, explained in a phone interview that the regular turnaround time of five days had recently increased to 12 days. If the current demand rate were to continue for another week or so, Albanese estimated that turnaround times would increase to 18 days or more. He described the decision to suspend regular tier submission as the “least worst option.” He also elaborated that the suspension is a first for the firm; in the past, price increases were used to control demand.

The press release, which appears on CAC’s website, underscores the delay as the reason for the suspension: “Turnaround time for completion is unacceptable and not consistent with our mission of providing great service to our members.” Albanese pointed to a strong coin market and the “backdrop of inflation” as factors driving the unusually high demand. Albanese reported “mixed feelings” from CAC’s customers about the suspension; some were happy that CAC was taking the time needed to work through the backlog, others were upset that their regular tier submissions would not be processed in a timely manner.

The volume of submissions has become so large that, the company’s press release notes, the Bedminster, New Jersey, post office that processes the firm’s mail “has threatened to file multiple grievances against CAC.” The press release continued, “The reason: They’re Too Busy? We’re not quite sure — we’ve always treated them in a professional and friendly manner.” The post office’s threats prompted Albanese to request that customers “use Federal Express as opposed to Express Mail going forward,” if possible.

Albanese said that CAC’s ability to resume regular tier submissions will “really depend on submissions” — if the number of submissions remains low enough to allow the firm’s three graders and one finalizer (Albanese) to work through the backlog, then the regular tier will be reopened more quickly.

Raising fees “dramatically” was another option to deal with the backlog, one that Albanese rejected. 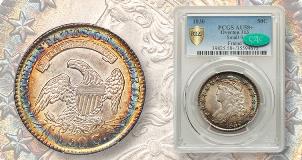 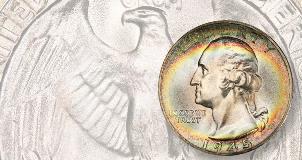 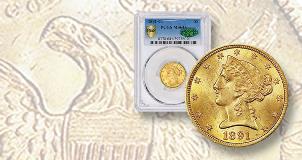