Buying the book and the coin 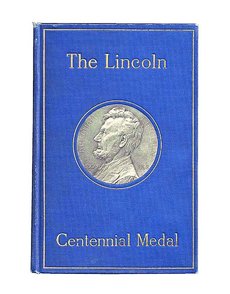 Books with embedded coins and medals provide a chance to buy both the book and the coin or medal at once.

In my first column I promised to discuss how you can “buy the book and the coin” simultaneously: purchasing books with embedded coins or medals. These two objects simply go well together.

Why does a book about John D. Rockefeller mount a Winged Liberty Head dime on its front cover? Since Rockefeller was America’s first billionaire, a dime may seem inadequate for John K. Winkler’s cleverly-titled biography, John D.: A Portrait in Oils. It turns out, however, no coin could be more appropriate.

Rockefeller was America’s greatest rags-to-riches story. Operating with ruthless efficiency, his Standard Oil Co. bought out countless competitors, making him plenty of enemies in the process. Rockefeller hired one of the pioneers in public relations, Ivy Lee, to advise on polishing his image. One of Lee’s insights was that Rockefeller’s philanthropy, although prodigious, had been done too quietly. He counseled Rockefeller to give a dime — as ostentatiously as possible — to every child he met. This he did, until he became inextricably linked with the humble “Mercury” dime.

Given the 1929 publication date of John D.: A Portrait in Oils, the 1927 dime on the cover of my copy may have been Uncirculated when placed into its recess, but years of exposure to the atmosphere have stolen its luster, rubbing against other books has flattened its high points, and let’s not even think about what glue has done to its reverse! However, it still is a fascinating marriage of book and coin.

So is The Lincoln Centennial Medal, which is indeed a medal, but also the title of the book that serves as its gilt-edged case. During 1908, a year before the centennial of “Honest Abe’s” birth, several commemorations were under way, from preserving the Lincoln farm and birthplace near Hodgenville, Ky., to building a transcontinental Lincoln Road, a forerunner of today’s interstate highways. The Lincoln Centennial Medal and its sister volume, The Lincoln Tribute Book, joined in this parade of honor by presenting informative essays literally wrapped around quality medals. The centennial medal of the book’s title is a high-relief bronze 62 millimeters in diameter, with Lincoln in profile looking left on the obverse and, on the reverse, a mixed wreath of palm and oak, enclosing Lincoln’s facsimile autograph incised into the surface. The medal rests in a die-cut opening within a thick pasteboard insert that is bound into the middle of the volume and can be detached for display.

One of the essays, by George N. Olcott, tells about the medal’s sculptor, Jules Edouard Roine of Paris, and about the imagery he employed. We learn that palm symbolizes resilience, and oak was given to Romans who saved the lives of fellow citizens, hence the choice of these leaves for the wreath. Giving the book another numismatic connection is its dedication to Archer M. Huntington, then president of the American Numismatic Society.

How much will these fascinating book-coin hybrids cost? You can buy John D. from a numismatic bookseller for little more than the cost of the embedded dime. Lincoln Centennial is rarer, and costlier, but no more than a garden variety Uncirculated Morgan dollar.