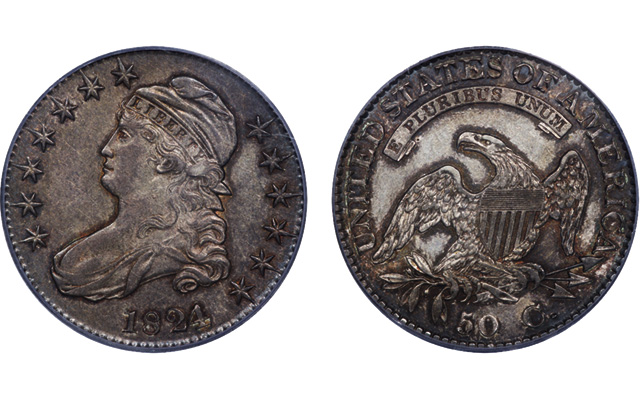 The sale comprises 91 total lots, with the first 24 from the Davignon Collection.

The highlight of the sale is an Overton 102 variety of 1824/1 Capped Bust half dollar. The variety is attributed according to United States Early Half Dollar Die Varieties 1794-1836 by Donald L. Parsley. The coin is graded About Uncirculated 53 by Professional Coin Grading Service and stickered by Certified Acceptance Corp.

Other coins offered in the sale, which closes at 6:30 p.m. Eastern Time Jan. 8, include: