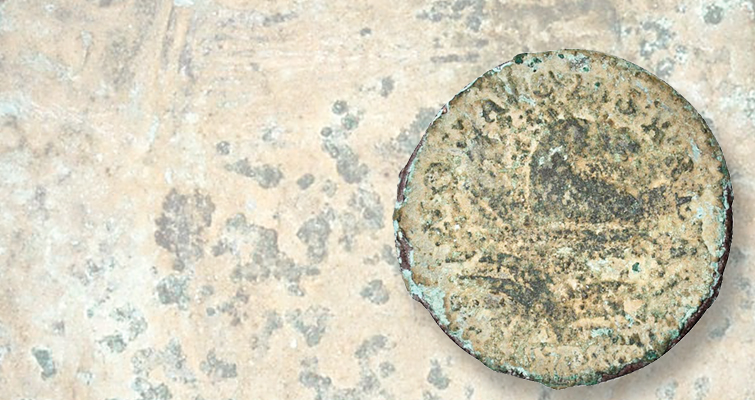 The broad label of “Colonial issues” encompasses multiple major types and most people’s introduction to this area comes through the “Red Book,” which lists major varieties, like this corroded yet still desirable New Jersey copper. 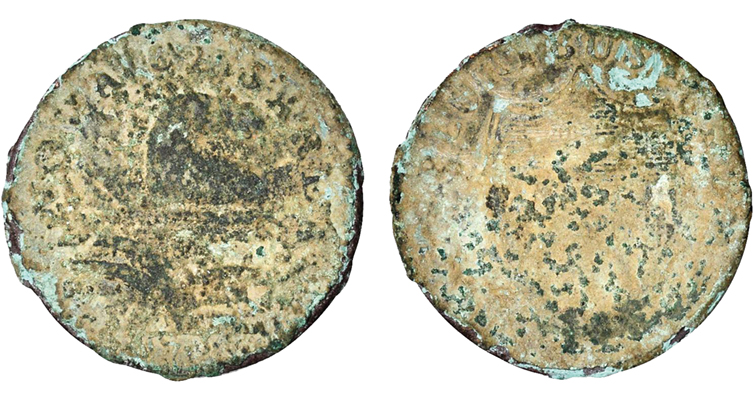 A newly discovered 1786 New Jersey copper is the third example confirmed of the variety and has rich patination that is the result of lying undisturbed for two centuries in the ground. It sold for $14,100 at Stack’s Bowers Galleries’ recent Baltimore auction.

Before the first U.S. coins were struck for widespread circulation at the Philadelphia Mint in 1793, a wide variety of coins circulated in America including a mix of foreign coins and Colonial and Confederation issues. The broad label of “Colonial issues” encompasses multiple major types and most people’s introduction to this area comes through A Guide Book of United States Coins — the “Red Book” — which lists major varieties. Specialists have gone into exhaustive detail in each of these areas, and the coins aren’t always pretty. Here are three that were offered by Stack’s Bowers Galleries at the Whitman Baltimore Expo that show that these historically important issues don’t have to be attractive to be very expensive.

The New Jersey General Assembly authorized the production of 3 million coppers to be completed within two years. Today these New Jersey coppers are a well-researched area with hundreds of distinct varieties. The exhaustive 2013 American Numismatic Society publication New Jersey State Coppers updated Edward Maris’s 1881 reference to the series and brought new attention to the series.

This 1786 New Jersey copper is the third known example of the Maris 18-L variety, which was represented by a single example until 2011 when a second was offered on eBay. The subject coin was found in Passaic County, N.J., by metal detectorist Peter McGinty in 2016. McGinty posted photos of his find to the Colonial Coin Collectors Club online forum to confirm an attribution.

The Stack’s Bowers Galleries cataloger wrote, “It would not surprise us if this coin was lost to the ground shortly after it was minted, given the abundant sharpness of the devices despite the corroded surfaces; it had traveled no more than 20 or 30 miles from its place of manufacture when it fell to the ground, only to be rediscovered 230 [years] later.” The rarity brought $14,100 on March 29. 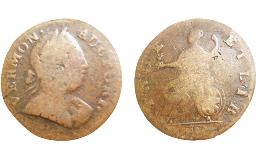 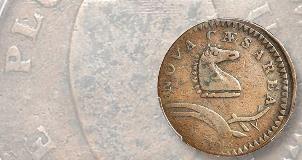 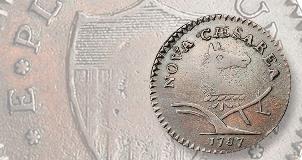