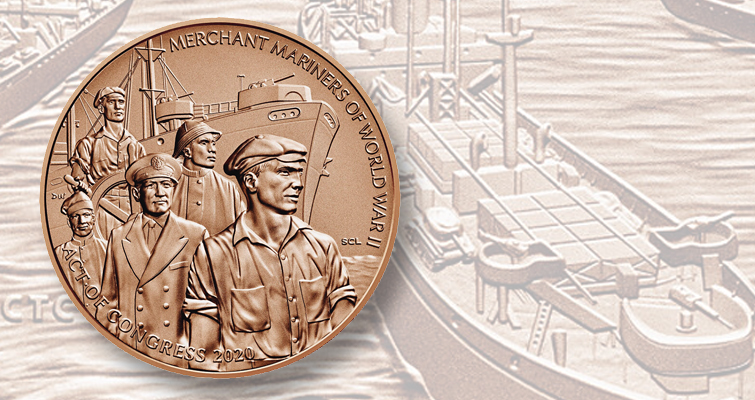 Bronze replicas of the congressional gold medal became available for purchase after the gold medal itself was presented May 18.

Bronze replicas of the congressional gold medal honoring Merchant Mariners of World War II went on sale on the U.S. Mint website, after the gold medal was presented May 18.

The medals are available, like other bronze replicas of the highest honor of Congress, in 1.5-inch and 3-inch sizes.

The obverse depicts a group of Merchant Mariners “representing an engineer, a helmsman, an officer, a steward, and a deckhand, with the bow of a Liberty ship [lightly armed cargo ships used to transport supplies during the war] in the background,” according to the U.S. Mint’s website, the reverse a convoy of Liberty ships.

The congressional gold medal itself was presented in a ceremony that included a group of surviving Merchant Mariners, senior military leaders, members of Congress and other elected officials on May 18.

A May 19 article on the Department of Defense’s website estimated that 12,000 Merchant Mariners from World War II are still alive.

The medal will be displayed at the Merchant Marine Museum in Kings Point, New York.

Surviving Merchant Mariners will each receive a bronze replicas of the award.

Struck with a matte finish at the Philadelphia Mint, the medals are being offered without mintage, product, or household order limits. Their edges are plain. The 1.5-inch medal is priced at $20, the 3-inch version at $160. 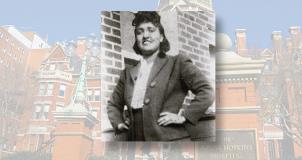 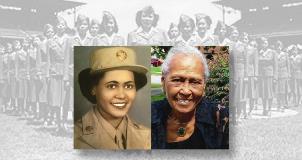 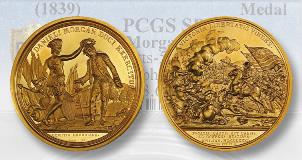 Daniel Morgan at Cowpens gold medal sets a record at $960,000