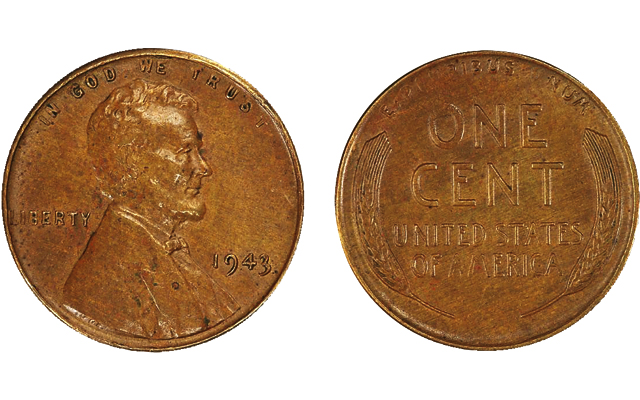 The coin was one of 487 lots of United States coins from half cents through gold $20 double eagles, plus commemorative coins and gold nuggets, offered. The sale was conducted in conjunction with the PCGS Members Only Show.

All of the coins in the sale were graded and encapsulated by either PCGS or Numismatic Guaranty Corp.

Of the lots offered, 355 were reported sold, bringing total prices realized of $1,647,201.48. The prices realized include the 17.5 percent buyer’s fee added to the closing hammer price of each lot won.

According to a January 2011 census published in Coin World, 13 examples are known of the “standard” 1943 bronze cent, one for the 1943-D cent in bronze and seven examples of the 1943-S bronze cent.

Prices for the coins are among the highest for any small cents.

For more information about the sale, visit the Legend Rare Coin Auctions website.