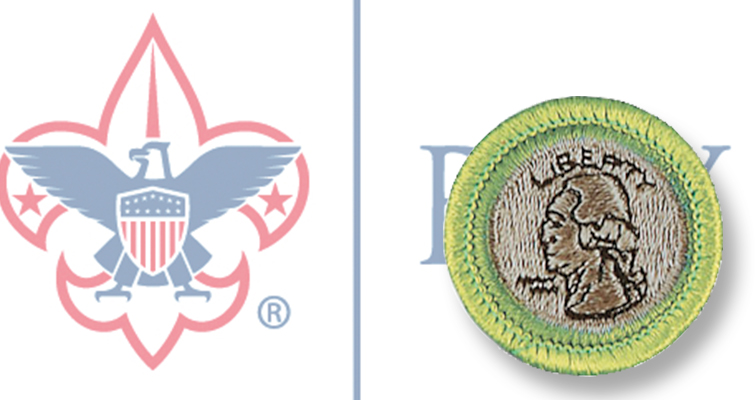 The Coin Collecting Merit Badge is one of the most commonly earned badges in Scouting and is also one of the oldest badges offered in Boy Scouting.

The Coin Collecting Merit Badge is typically one of the first badges most Boy Scouts receive on their journey to Eagle Scout, mainly due to there being only 10 basic requirements. It was the 35th merit badge introduced to Boy Scouting, in 1938.

Since then, the merit badge requirements have had multiple revisions, with the latest revision in 2009. It was the 87th most common merit badge to earn in 2014, with 5,303 Scouts who earned it.

The Coin Collecting Merit Badge was first created to help Scouts to find a hobby of their own. Within this merit badge, Scouts learn about both world and U.S. paper currency, how to grade common type U.S. coins, how to identify world and U.S. coins, and the history of coin collecting itself.

Scouts learn about world paper currency only once during the course of earning their merit badge, in requirement 9b. They learn how to identify 20 paper notes based on their country and denomination.

U.S. paper currency is primarily discussed in requirement 8, where the Scout needs to show knowledge of U.S. paper currency. Knowledge is best displayed by being able to identify the people who are depicted on the $1 to $100 bills. Scouts also have to be able to explain what “legal tender” is and describe what the role is of the Federal Reserve System in the distribution of paper currency in the United States.

Coin grading is taught to the Scouts through requirement 3. The Scouts have to be capable of explaining the grading terms from “Uncirculated” to “Poor.” They also have to be capable of explaining the term “Proof” and why it is considered not to be a grade. The Scouts also look at what encapsulated coins are, as well as the different types of companies that grade coins, along with the benefits of having coins graded.

Identification of both world and U.S. coins is taught to the Scouts through requirements 2, 5, 6, and in requirement 9a. Scouts are required to explain the collecting terms: Obverse, Reverse, Reeding, Clad, Type Set, and Date Set.

In requirement 6 the Scout is required to describe and explain the 1999 to 2008 50 State Quarters Program.

The Scout has to obtain 50 different foreign coins from approximately 10 separate countries and display them to his merit badge counselor.

As noted previously, the history of coin collecting is taught in the Coin Collecting Merit Badge instruction as well.

Within Requirement 10a the Scout is required to tour a U.S. Mint facility, a Bureau of Engraving and Printing facility, a Federal Reserve Bank, or a numismatic museum or exhibit.

The Coin Collecting Merit Badge is one of the most commonly earned badges in Scouting and is also one of the oldest badges offered in Boy Scouting. In all, 491,841 Scouts in the history of Scouting have earned this outstanding badge within their time of being a Scout. This merit badge is one of the easiest and most fun to earn and I recommend every Scout to try to earn his today.

William Cather is a member of the Boy Scouts of America, having reached the rank of Eagle Scout. He hopes to attend the American Numismatic Association Summer Seminar.