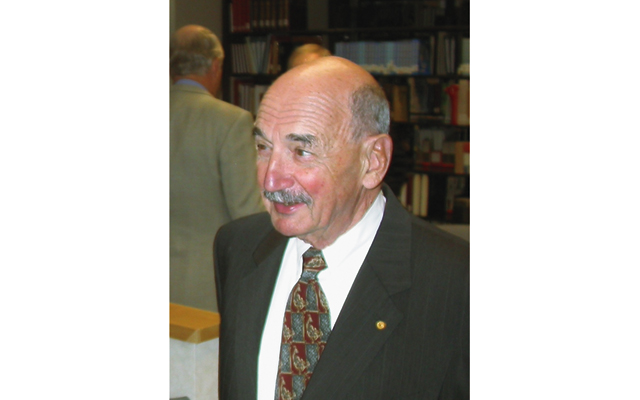 Edward C. Rochette was the longtime executive director of the ANA.

The years that Margo Russell served as editor of Coin World — from 1961 until her 1985 retirement — were some of the most evolutionary in our hobby — including the rise of the greatest bull market in numismatic history up to that time (1960 to 1964).

Also there was the release (1962 to 1964) of the great Treasury hoard of previously rare silver dollars, the disappearance of silver coins (1965 onward), the nationwide coin shortage and no Mint marks or Proof sets (1965 to 1967), the dynamic Franklin Mint medal program dominance (1965 to 1978), the American Numismatic Association fundraising campaign (1965 to 1967), and more.

In 1967, the construction of the new ANA home and headquarters building in Colorado Springs, Colo., was well underway. Edward C. Rochette, prominent as a writer and cartoonist for Numismatic News, accepted the position of executive director and moved to Colorado Springs.

The ANA then became especially prominent in the news. Margo Russell covered every step of the development, the expansion of programs, and more. Ed did everything — hired staff, set up offices, supervised production of the magazine, arranged exhibits, and more. The first Summer Seminars were held at his home. I view him as one of the all-time greatest figures in numismatics.

Relevant in a way to the above, in 1975 Margo Russell was given the Farran Zerbe Award, the ANA’s misnamed highest honor.

The Zerbe Award came about in the late 1940s when the ANA Board of Governors decided to create this distinction and wanted to call it the George F. Heath Award, after the founder of the ANA in 1891 and longtime editor of The Numismatist until his passing in 1908. Instead, the Heath name was taken for the Heath Literary Award.

Zerbe had been prominent in the forming of a collection that had been sold to the Chase Bank in New York City. Casting around for an alternative to Heath, someone suggested Zerbe, and the idea was accepted.

Forgotten was the fact that after Heath died, Zerbe, then president of the ANA, purchased The Numismatist from his widow, for himself, not for the ANA! Further, he rigged the 1908 election. He was a first-class rascal, to put it mildly. The point of mentioning this now is that it would be a good idea to rename the honor to the Ed Rochette Award.

Week after week, month after month, year after year, Margo was in constant contact with Ed to get the latest inside scoop. Annually, she wrote an editorial evaluating the ANA, and at about the same time, a check from the publisher was sent to the ANA to be used in its programs.

In the 1970s and 1980s, Rochette, the ANA board and its current president conducted a series of Numismatic Round Tables. Invited were about 20 hobby leaders. The first, titled “Problems-Projects-Priorities,” was held in January 1975, immediately following the dedication of the ANA Museum in Colorado Springs. Margo was on hand. These very beneficial get-togethers continued into the 1980s. Her last was the sixth, held on Feb. 22, 1984. Margo was there with her heir-apparent Beth Deisher.

Margo also reported on the incredible, stupid, illogical, productive (add your own adjective) continuing process of revising the election rules in the bylaws. The problem, said some, was caused by two longtime board members — Grover Criswell and John J. Pittman. Both “threw their weight around” (I was there), sometimes berated ANA staff, ordered expensive champagne (not bad, but Dom Perignon should have been paid for personally), and more.

To prevent such longevity, a number of new policies were put into place, including numbered seats on the board. These were dropped after a time, and then came term limits.

Margo covered all of this — pros and cons, testy debates, and more.

Today in 2015 we have the situation that no one can serve on the board for more than 10 years. This means that no board member has long-term wisdom and experience. What a shame. The ability of members to elect the people of their choosing is thereby limited and, collectively, the board is less knowledgeable than before.

Next week: A private company, not the Mint, should sell all commemoratives.