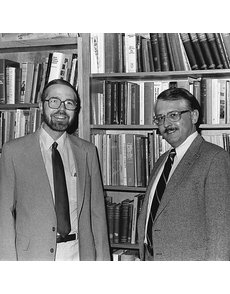 Q. David Bowers, left, and Ray Merena, right, founded Bowers and Merena Auctions in 1983. The duo sold the firm to Collectors Universe in 2000, and it was subsequently sold to Spectrum Numismatics International in 2004. 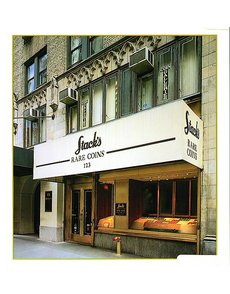 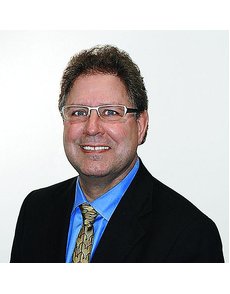 Chris Napolitano will serve as president of the new company.

The auction firms Stack’s and Bowers and Merena Auctions are merging, according to officials at Spectrum Group International Inc., parent company of the latter business.

Fifty-one percent of Stack’s-Bowers Numismatics will be owned by Bowers and Merena Auctions, while Stack’s will retain ownership of 49 percent of the company. Pending final approval by all parties, the merger should take place in early 2011.

Chris Napolitano, who on Dec. 7 was named president of Bowers and Merena, will serve as president of the combined company.

Greg Roberts, president and chief executive officer of Spectrum, informed Coin World that Stack’s officials Q. David Bowers and Christine Karstedt will be employed with the company and work out of the firm’s Wolfeboro, N.H., office. Bowers will act as chairman emeritus of the new company, while Karstedt will serve as vice president of consignments.

Stack’s, with offices in New York City and Wolfeboro, was established in 1935 by brothers Joseph and Morton Stack. The operation was family-owned until 2008 when Larry Stack, grandson of Morton Stack, sold his ownership interest in the company.

Owners with a minority stake in Stack’s include company president Karstedt, company chairman Q. David Bowers and Martin R. Abroms, president of Abroms & Associates PC, a tax and accounting firm in Florence, Ala.

Q. David Bowers had not been affiliated with Bowers and Merena since January 2003.

Greg Roberts, president and chief executive officer of Spectrum, stated in a Dec. 22 press release: “We believe that this combination, once consummated, will create a major player in the coin industry. Stack’s had over $65 million in aggregate sales in 2010 and between them, the two companies have handled many of the significant coin collections that have sold at public auction, including the Eliasberg Sales, the Norweb Sales and the Ford Collections.”

Roberts also stated: “A significant factor for SGI in pursuing this merger was the opportunity to partner with Charles, Joel and Harold Anderson and the rest of the Anderson family, who own a controlling interest in Stack’s. For years I have enjoyed a strong personal and professional relationship with the Andersons and now look forward to a long-lasting association with the family through Stack’s-Bowers Numismatics. We intend to continue the long tradition that the Stack family developed over many decades in New York. For years it has been a goal of ours to have a presence in NYC. With this partnership, we will achieve that goal at one of the most famous and prestigious addresses in the numismatics industry: 123 West 57th Street, New York, New York.”

Joel Anderson of Anderson Press stated: “We are looking forward with great enthusiasm to the successful combination of these two fine companies. Both have rich histories of service with integrity to the numismatic community and together their combined resources and talents will bring new levels of service and value to the numismatic market. In addition, Charles, Harold and I have assembled some nice collections and we are pleased that Stack’s-Bowers Numismatics will be there for us when the time comes to sell.”

In the same press release, Napolitano stated: “I am honored and excited to lead this new venture, which combines two of the leading names in our industry. We consider Stack’s to be the crown jewel of coin auction houses and with this partnership, we have assembled a numismatic team that we believe to be unequaled in the industry. We look forward to continuing and expanding Stack’s auction and retail locations in mid-town Manhattan, which serve not only the greater New York metropolitan area but also the entire East coast.”

Spectrum also announced in conjunction with the merger of Stack’s and Bowers and Merena that it would sell its arms and armor auction company, Greg Martin Auctions, back to Greg Martin and his partners following the firm’s Jan. 16 auction in Las Vegas, Nev.

In response to Coin World inquiries regarding the merger, Roberts stated that Napolitano will be heading the day-to-day operations at the New York office.

The merger of the two auction firms leads to questions regarding upcoming auctions and the status of the two entities’ Web sites. According to Roberts, both the upcoming Stack’s New York International Sale, scheduled for Jan. 10, and Stack’s Americana Sale on Jan. 26 will continue as planned.

The first combined auction, according to Roberts, will take place at the March 31 to April 3 Whitman Coin & Collectibles Baltimore Expo.

Bowers and Merena and Stack’s will continue to conduct online operations through their respective Web sites — www.stacks.com and www.bowersandmerena.com. A new combined Web site is expected to be announced by Spectrum in the next few months. ¦