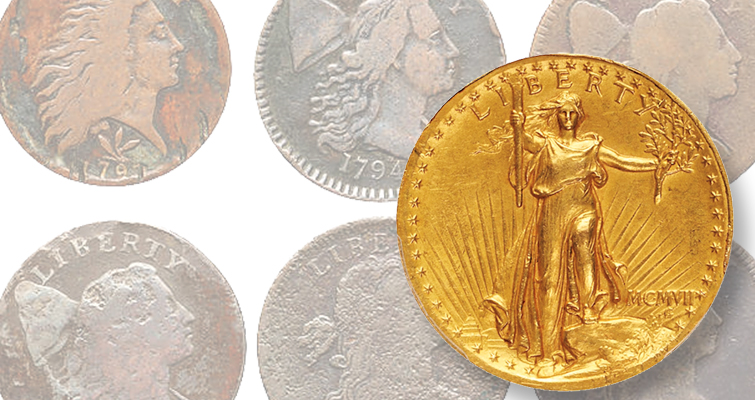 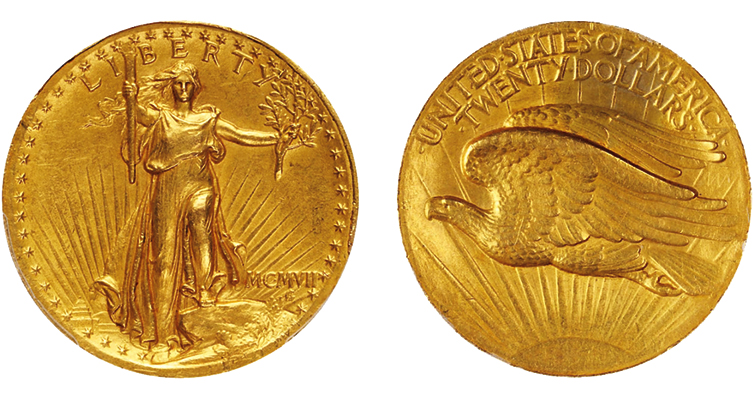 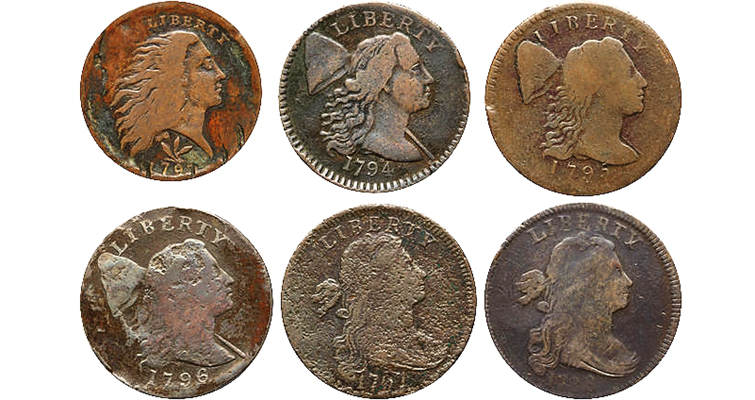 Bonhams will offer an eclectic mix of coins and related items at its June 5 Coins and Medals auction in Los Angeles.

Among multiple multi-coin groups offered in the auction that invite in-person inspection, one is a lot described as a near complete date set of U.S. large cents from 1793 to 1857. Included is a 1793 Flowing Hair, Wreath cent that is ungraded but described as having “attractive light and dark brown colorations, but numerous small divots in the planchet near the border areas on each side.”

Bonhams grades the 65 coins in the date set as generally Fair to Very Fine, with later dates being mostly in finer condition than earlier dates, as one would expect. The description advises bidders, “A personal inspection is highly recommended as there is no return privilege on this lot — sold ‘as is’ without a return privilege”; it carries an estimate of $4,000 to $6,000.

The auction will offer two 1907 Saint-Gaudens, High Relief gold $20 double eagles. The finer is one of the Flat Rim versions and is graded Mint State 63 by Professional Coin Grading Service with an estimate of $16,000 to $18,000.

A second — graded Uncirculated Details, Filed Rims by PCGS — has an estimate of $7,000 to $8,000. The lot description observes, “The most egregious disturbance is the edges on each side which have both been noticeably filed. Otherwise, the details appear original, sharp, and lustrous.”

The cataloger speculates that the filing may have been the result of a curious novice to smooth the wire rim that presented an unusual appearance as struck before concluding, “While not the prettiest MCMVII High Relief $20 you are apt to see, it still has soothing visual aspects but should be examined before bidding. 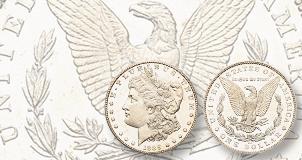