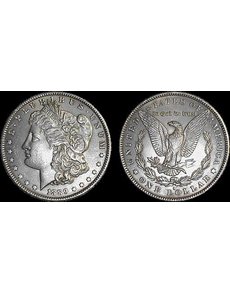 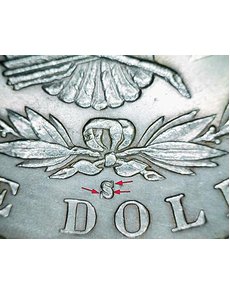 The embossed S Mint mark on the 1889-S Morgan dollar alteration appears stronger in the center and shallower on the serifs at the top and bottom. 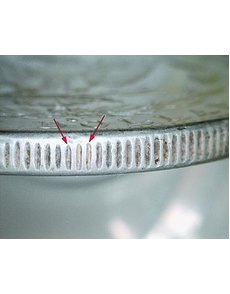 The reeding on the edge of the purported 1889-S Morgan dollar has a different depth and appearance directly below the embossed S Mint mark.

The 1889-S Morgan silver dollar is not one of the dates in the series usually associated with added Mint marks.

The current Coin Values price for an 1889-S Morgan dollar in About Uncirculated 50 is only $125, which is definitely on the lower end as justification for the work involved in the alteration process.

The coin shown here has an embossed S Mint mark alteration, produced by drilling a hole into the coin from the edge, inserting a special tool into the hole, and forcing metal in the shape of a Mint mark up to the surface of the coin.

Detecting this type of alteration is generally done as follows:

? Assess overall appearance: Most Philadelphia Mint Morgan dollars — none of which carry a Mint mark — have a different luster and surface texture than a dollar from the same year at the San Francisco Mint. Silver dollar specialists can often determine the Mint of a given coin just by looking at the obverse. If the obverse of a silver dollar looks like a Philadelphia Mint issue, and a Mint mark appears on the reverse of the coin, look closer at the piece.

? Inspect the Mint mark: Most “embossed S” alterations I have seen exhibit an “S” that appears stronger in the centers and shallower on the serifs at the top and bottom. These alterations are normally sophisticated enough that the correct size and style Mint mark is used, so an embossed S will closely resemble a genuine S.

? Inspect the edge: If you look closely at the image of the edge of the coin, the reeding has a different depth and appearance directly below the embossed S. This is the area where the hole was drilled into the coin, then repaired.

It is possible that this altered 1889-S Morgan dollar was a “practice piece” for the alteration expert.

After this fake was produced and inspected, our counterfeiter most likely moved on to producing 1884-S, 1892-S, 1893-S and 1896-S dollar alterations, all of which would be considerably more lucrative.