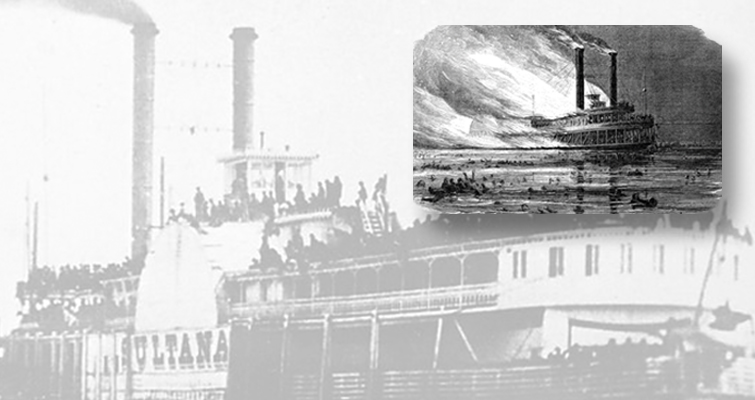 Legislation seeking commemorative coins recalling the worst maritime disaster in U.S. history, the 1865 explosion and fire aboard the overcrowded steamboat “Sultana,” is introduced in the House of Representatives.

Historical images in the public domain.

Legislation seeking commemorative coins recalling the worst maritime disaster in U.S. history — the 1865 explosion and fire aboard the overcrowded steamboat Sultana — has been introduced in the House of Representatives.

The Sultana was a side-wheel steamboat that plied the Mississippi River during the Civil War, designed with a capacity of 376 passengers but carrying 2,137 people when three of the boat’s four boilers exploded on April 27, 1865, killing 1,168 people when it burned to the waterline and sank near Memphis, Tennessee.

All three coins would be of the standard compositions. All could be issued in Proof and Uncirculated versions for sale to the public.

Surcharges of $35 per $5 coin, $10 per dollar and $5 per half dollar would be paid to the “Sultana Historical Preservation Society, Inc., for the purpose of establishing and maintaining a new Sultana disaster museum,” under the terms of the legislation.

The Sultana was constructed of wood at a boatyard in Cincinnati, on the Ohio River. From its launch on Jan. 3, 1863, to its destruction in 1865, it ran a regular route between New Orleans and St. Louis, carrying passengers and goods.

According to the legislation, the steamboat “was built for speed and capacity. Its four tubular, fire-tube boilers could generate twice as much steam per fuel load as conventional fuel boilers at that time. However, these advantages came with shortcomings in safety. In a tubular boiler system, the water levels had to always be maintained. Any slight dip in the water would cause sediment build-up around the boilers or lead to hot spots on the boilers, leading to metal fatigue. Both occurrences greatly increased the risk of explosion. Additionally, the Sultana was built with highly flammable lightweight wood that was covered with paint and varnish. The likelihood of any such explosion would be devastating.”

On its fateful trip to Cairo, Illinois, in April 1865, the boat was carrying mostly paroled Union prisoners of war from Confederate prisons of Cahaba in Alabama and Andersonville in Georgia. The vessel was dangerously overcrowded with the former POWs, many of them ill, and other passengers.

“[F]orcing itself against the strong Mississippi River current, the Sultana was ten miles upriver from Memphis, Tennessee, at 2 a.m., when the strained boilers exploded. Many were killed instantly by the explosion; many others were killed by fire, falling timbers, shrapnel, searing steam from the boilers, and drowning,” according to the legislation.

“The remains of the Sultana took about twenty minutes to burn to the waterline and resting in the mud on the Arkansas-side of the Mississippi River. It is believed to be buried today under twenty feet of soil beneath a soybean field near Marion, Arkansas, in Crittenden County.”

Funding from the surcharges would go to the society. The legislation states, “A small group in Marion, Arkansas, formed the Sultana Historical Preservation Society and opened a modest museum in 2015. The Society, a 501(c)(3) organization, is now planning a new Sultana Disaster Museum to be located in the center of the City of Marion, at the site of the original Marion Public School gymnasium, a Works Progress Administration era building opened in 1939.” 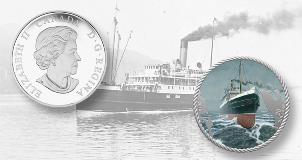 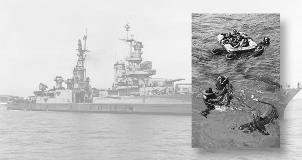 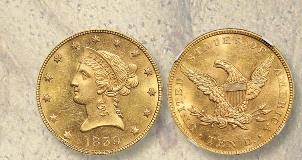