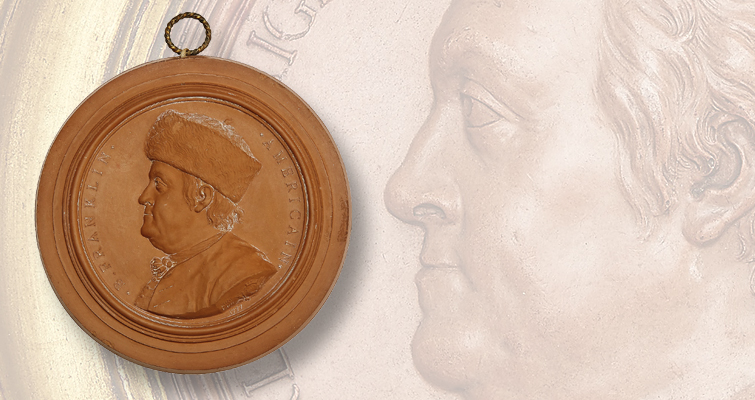 Perhaps the best-known of the Franklin medallions produced in late 18th century France is this 1777 terra-cotta by Italian sculptor Jean-Baptiste Nini depicting Franklin in a fur cap.

These medallions were especially popular in Europe.

Freeman’s calls Franklin’s time in Paris between 1776 and 1785 “arguably the most successful diplomatic mission in American history” as he developed support for American independence. “Franklin successfully connected the American cause to the French ideals of Liberty and anti-tyranny,” Freeman’s says in the introduction, further writing, “Continuing complex negotiations with both the French and Americans, Franklin triumphed on account of his perseverance, tact, charm, wit, and by successfully integrating himself into French academic and influential social circles.”

The best known of the Franklin terra-cotta medallions are those produced by Italian sculptor Jean Baptiste Nini, who was working in Paris for Jacques-Donatien Le Ray de Chaumont, Franklin’s friend and a supplier for the American war effort.

Nini produced his first terra-cotta medallion of Franklin in 1777. It is in the spare style popularized in the Italian Renaissance, bearing the profile portrait of Franklin in a fur cap and frock coat with the inscription, B. FRANKLIN AMERICAIN. Franklin approved of the terra-cotta, and the design was applied across a variety of media.

Franklin wrote to his daughter Sarah Bache in 1779, “The clay medallion of me you say you gave to Mr. Hopkinson was the first of the kind made in France. A variety of others have been made since of different sizes; some to be set in lids of snuff, boxes, and some so small as to be worn in rings; and the numbers sold are incredible. These with the pictures, busts and prints (of which copies upon copies are spread everywhere) have made your father’s face as well known as that of the moon. …”

The example offered by Freeman’s in lot 25 measures 4.5 inches in diameter and carries an estimate of $1,200 to $2,200. Freeman’s adds in the catalog note, “It is believed that several hundred of the Franklin Nini’s were shipped to America in 1779, but were lost at sea in a shipwreck. Few medallions reached the U.S. until the last quarter of the 19th century.”

The issues are the subject of a book by Richard Margolis titled Benjamin Franklin in Terra Cotta, published by Kolbe & Fanning in 2015. The text discusses the many varieties of Nini medallions, methods of distinguishing originals from aftercasts, and the artistic context within which these pieces were created.

English manufacturers including Josiah Wedgwood would meet demand for Franklin-adorned goods, producing their own profiles of Franklin to be used across a wide range of consumer goods.

The Franklin Institute notes, “Nini added a fur cap to his first medallion, either because they were the rage at the time or because his employer told him to add one,” as later usages of Nini’s profile modify Franklin’s accessories, adding spectacles, and giving him a different cap. Examples of these are also included in the Freeman’s offering, as is a different Franklin terra-cotta medallion by Nini dated 1778 with the French inscription “B. Franklin Il Dirige la Foudre et Brave les Tirans,” translated as “He directs lightning and braves tyrants,” and carrying a different profile portrait that shows the leader without a hat. Margolis writes that just five examples are known of this type, measuring 6.25 inches in diameter. It is estimated at $3,000 to $5,000. 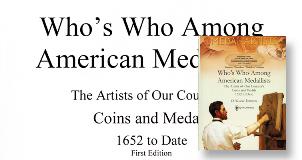 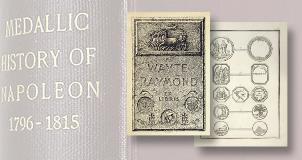 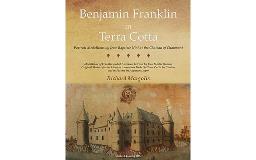